A Pair of RNA Scissors with Many Functions 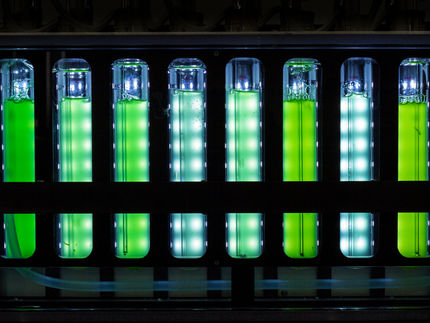 CRISPR/Cas systems are known as promising “gene scissors” in the genome editing of plants, animals, and microorganisms by targeting specific regions in their DNA – and perhaps they can even be used to correct genetic defects. A team of scientists led by Juliane Behler and Prof. Dr. Wolfgang Hess from the University of Freiburg have now identified an enzyme, a special pair of RNA scissors, which is involved in CRISPR/Cas systems and the correct regulation of gene expression – in other words, in reading genes and translating their information into proteins.

Natural CRISPR/Cas systems can be found in most bacteria and archaea, where they form a microbial immune system with which these organisms can defend themselves against viral intruders. In order for this line of defense to work, a long RNA molecule must first be cut into smaller units. An enzyme is therefore used as a pair of RNA scissors to cut the RNA molecule and “arm” the system. Natural CRISPR/Cas systems often function autonomously: They can be exchanged between different bacteria quickly, and they are not dependent on other proteins in their host cells. An exception to this can be found in the popular CRISPR/Cas9 systems, in which the host enzyme RNase III acts as RNA scissors.

The scientists from the University of Freiburg, who are studying CRISPR/Cas systems, have now demonstrated that the enzyme RNase E acts as RNA scissors in the CRISPR/Cas systems of cyanobacteria. This enzyme is very common, and it can be found not only in photosynthetic cyanobacteria, but also in pathogenic bacteria and plant chloroplasts. It is an important factor for the correct regulation of gene expression within all these groups of organisms. What was not known until now, however, was that it also plays a role in CRISPR/Cas systems.

The team’s research shows that the interaction of CRISPR/Cas systems with the cellular mechanisms of their host organisms is stronger than previously suspected, meaning there could be greater potential for the use of such systems.