New technology could wean the battery world off cobalt 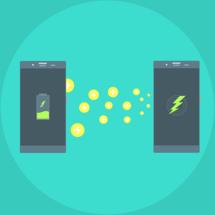 Lithium-based batteries use more than 50 percent of all cobalt produced in the world. These batteries are in your cell phone, laptop and maybe even your car. About 50 percent of the world's cobalt comes from the Congo, where it's largely mined by hand, in some instances by children. But now, a research team led by scientists at the University of California, Berkeley, has opened the door to using other metals in lithium-based batteries, and have built cathodes with 50 percent more lithium-storage capacity than conventional materials.

"We've opened up a new chemical space for battery technology," said senior author Gerbrand Ceder, professor in the Department of Materials Science and Engineering at Berkeley. "For the first time we have a really cheap element that can do a lot of electron exchange in batteries."

The work was a collaboration between scientists at UC Berkeley, Berkeley Lab, Argonne National Lab, MIT and UC Santa Cruz.

In today's lithium-based batteries, lithium ions are stored in cathodes (the negatively charged electrode), which are layered structures. Cobalt is crucial to maintaining this layered structure. When a battery is charged, lithium ions are pulled from the cathode into the other side of the battery cell, the anode. The absence of lithium in the cathode leaves a lot of space. Most metal ions would flock into that space, which would cause the cathode to lose its structure. But cobalt is one of the few elements that won't move around, making it critical to the battery industry.

In 2014, Ceder's lab discovered a way that cathodes can maintain a high energy density without these layers, a concept called disordered rock salts. The new study shows how manganese can work within this concept, which is a promising step away from cobalt dependence because manganese is found in dirt, making it a cheap element.

"To deal with the resource issue of cobalt, you have to go away from this layeredness in cathodes," Ceder said. "Disordering cathodes has allowed us to play with a lot more of the periodic table."

In the new study, Ceder's lab shows how new technologies can be used to get a lot of capacity from a cathode. Using a process called fluorine doping, the scientists incorporated a large amount of manganese in the cathode. Having more manganese ions with the proper charge allows the cathodes to hold more lithium ions, thus increasing the battery's capacity.

Other research groups have attempted to fluorine dope cathodes but have not been successful. Ceder says his lab's work on disordered structures was a big key to their success.

The technology needs to be scaled up and tested more to see if it can be used in applications like laptops or electric vehicles. But Ceder says whether or not this technology actually makes it inside a battery is beside the point; the researchers have opened new possibilities for the design of cathodes, which is even more important.

"You can pretty much use any element in the periodic table now because we've shown that cathodes don't have to be layered," Ceder said. "Suddenly we have a lot more chemical freedom, and I think that's where the real excitement is because now we can do exploration of new cathodes."