A boost for graphene-based light detectors 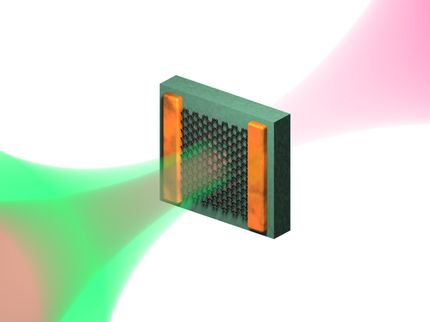 Schematic representation of the ultrafast optical pump – terahertz probe experiment, where the optical pump induces electron heating and the terahertz pulse is sensitive to the conductivity of graphene directly after this heating process.

Light detection and control lies at the heart of many modern device applications, such as smartphone cameras. Using graphene as a light-sensitive material for light detectors can offer significant improvements with respect to materials being used nowadays. For example, graphene can detect light of almost any color, and it gives an extremely fast electronic response within one millionth of a millionth of a second. Thus, in order to properly design graphene-based light detectors it is crucial to understand the processes that take place inside the graphene after it absorbs light.

The Mainz-based researchers Dr. Hai Wang, Professor Dmitry Turchinovich, Professor Mathias Kläui, and Professor Mischa Bonn, in collaboration with scientists from various European labs, have now succeeded in understanding these processes. The project was led by Dr. Klaas-Jan Tielrooij from ICFO in Spain, who was recently elected visiting professor at the Materials Science in Mainz (MAINZ) Graduate School of Excellence.

Published recently in Science Advances, their work gives a thorough explanation of why the graphene conductivity in some cases increases after light absorption while it decreases in others. The researchers were able to show that this behavior correlates with the way in which the energy from the absorbed light flows to the graphene electrons: After light is absorbed by the graphene, the processes through which graphene electrons heat up happen extremely fast and with a very high efficiency.

This simple scenario of light-induced electron heating in graphene can explain many observed effects. Aside from describing the conductive properties of the material after light absorption, it can explain carrier multiplication, where under specific conditions one absorbed light particle, i.e., a photon, can indirectly generate more than one additional free electron and thus create an efficient photo response within a device.

The results of the paper and, in particular, understanding electron heating processes accurately, will definitely mean a great boost in the design and development of graphene-based light detection technology.