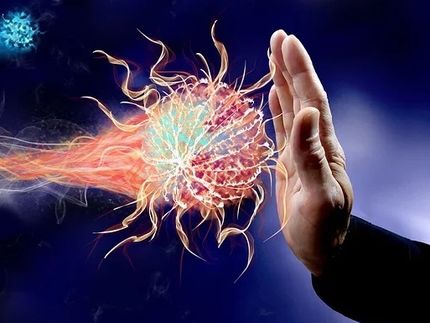 Researchers at the Martin Luther University Halle-Wittenberg (MLU) have developed a new, promising class of active ingredients against resistant bacteria. In initial tests in cell cultures and insects, the substances were at least as effective as common antibiotics. The new compounds target a special enzyme that only appears in bacteria in this specific form and that was not previously the target of other antibiotics. This is why bacteria have not yet developed any resistance to it.

Whether staphylococcus or the dreaded MRSA germs: resistant bacteria are a problem for physicians and patients worldwide. Only a few weeks ago, several large pharmaceutical companies also announced that they were further cutting back their own research work on new antibiotics. “However, in order to be able to treat infectious diseases reliably and in the long run, we need new active substances against which bacteria have not yet developed resistances,” says Professor Andreas Hilgeroth from the Institute of Pharmacy at MLU. Together with researchers from the University of Greifswald and the Julius Maximilian University of Würzburg, he is working on these new active substances in a research project funded by the Federal Ministry of Education and Research.

The scientists have developed new active ingredients that attack a special enzyme that only appears in this form in pathogenic bacteria: the so-called pyruvate kinase. It plays an important role in metabolic processes. The idea: If the metabolism of the bacteria is obstructed, this ultimately renders them harmless. “The pyruvate kinase is an ideal target for new active ingredients. In the best case, the new substances only affect the bacterial enzyme and therefore the bacteria. If so, there should be only a few side effects. In addition, this new target structure can be used to break existing antibiotic resistance,” Hilgeroth continues.

In cell experiments and initial tests on the larvae of the greater wax moth, a model organism used in life sciences, the researchers were able to confirm the efficacy of their new substances. The best compounds achieved at least as good results as conventional antibiotics. A patent application has also been filed for these active ingredients. “These initial results give us confidence that we are on the right track,” Hilgeroth says. However, the ingredients still have to undergo numerous other tests before they can be tested in large-scale clinical trials on humans. Thus it may take more than ten years before the substances of the scientists from Halle, Würzburg and Greifswald become a marketable drug.