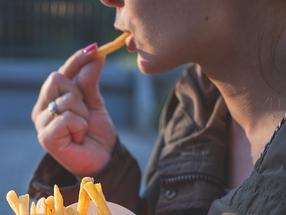 A study team at MedUni Vienna’s Center for Brain Research has found that high-fat maternal diets can cause life-long changes in the brain of the unborn offspring. When a pregnant woman consumes a diet high in polyunsaturated omega-6 fatty acids, her body produces an excess of endogenous cannabinoids (endocannabinoids), which overload the foetal organism and impair the development of healthy brain networks. Such a mechanism seems relevant to pathologies such as ADHD, schizophrenia and anxiety disorders. It is unlikely that such damage can simply be reversed by a subsequent change of diet.

The study examined in cell- and mouse models, how intake of high-fat diets throughout pregnancy (rich in polyunsaturated omega-6 fatty acids) impacts foetal brain development. When the mother consumes a high-fat diet during pregnancy, both mother and child produce an excess of endocannabinoids, which can even be transferred from the mother to the foetus. Endocannabinoids can then overload the corresponding cannabinoid receptors in the foetal brain and limit their ability to signal. As a result, nerve cells will no longer be able to correctly integrate into the brain to fulfil their prospective functions. The study also shows that these impairments persist throughout life of the affected offspring and can serve as critical triggers to developing psychiatric disorders later in life.

"By acting like a ‘stop signal’, a prolonged overload of endocannabinoids impairs the developmental program of many neurons in the foetal brain," explains principal investigator Tibor Harkany, Head of the Department of Molecular Neurobiology at MedUni Vienna's Center for Brain Research. "Persistently muting cannabinoid receptors, we believe, alters the epigenetic programs of affected nerve cells. Epigenetic mechanisms determine the pattern of gene expression in any cell. If damaged, the cells are no longer able to carry out their functions adequately. This will limit their ability to adapt their proper shape or select communication partners because of a shortage of proteins required as cellular building blocks or signalling molecules.”

On a large scale, an inhibition to the creation of connections between brain cells will impair the formation of important neuronal networks, the functional building blocks of the brain. This can result in psychiatric disorders such as ADHD, schizophrenia and anxiety disorders.

"As far as we can tell, the pathological changes of nerve cells we have found are irreversible," explains Harkany. "It is of limited use to changing to a healthy, low-fat diet after birth when the damage has already been done." Although the study is based on animal models, Harkany stresses that other studies already indicate harmful effects in humans, while this report identifies the very molecular mechanisms that can also apply to humans.

"In order to find effective treatments, we will need active agents that directly intervene in the epigenetic regulation of gene expression," explains lead author Valentina Cinquina. "We have not yet trialled any such drugs but it is an exciting prospect to work on such interventions, which can perhaps be used safely and effectively in the future." For example, so-called histone deacytylase Inhibitors (HDACs) are extensively tested for their treatment potential in Alzheimer's disease and various cancers.