Similar to a pressure valve, which prevents the pressure from rising to critical levels, the regulation of immune cells by acetate prevents the immune reaction from overshooting 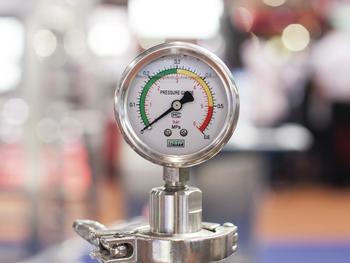 Photo by Crystal Kwok on Unsplash

Similar to a pressure valve, which prevents the pressure from rising to critical levels, the regulation of immune cells by acetate prevents the immune reaction from overshooting (Symbolic image).

The concentration of acetate increases particularly sharply at the site of an infection in the body. As reported in the journal Cell Metabolism by a team of researchers from the University of Basel and colleagues, acetate supports the function of certain immune cells and thus helps to eliminate pathogens safely and efficiently.

An armada of immune cells protects the body in the event of infections and works to eliminate pathogens. At the same time, the soldiers that make up this army are only as good as the conditions in which they face their enemies, and the mix of molecules and metabolites at the site of infection plays a decisive role in how the immune cells do their job.

An important factor is the metabolite acetate, as reported by the team of researchers led by Professor Christoph Hess and Dr. Maria Balmer from the Universities of Basel, Cambridge and Bern. The researchers investigated the effect of acetate on what are known as memory T cells, which ensure efficient protection against known pathogens.

Protection against an excessive immune response

In a first stage of the response, the rising concentration of acetate fuels the “killer function” of the T cells. However, if the concentration rises above a certain threshold, a protective mechanism slows down the immune function of these cells and promotes the production of anti-inflammatory mediators. This prevents an excessive immune response, along with corresponding collateral damage to the tissue.

“This is the first study demonstrating this dual effect – of one and the same metabolite – on our immune system,” says Balmer, lead author of the study. “Acetate essentially has two faces: stimulating immune function on the one hand, and slowing it down in a timely manner on the other.”

“If we understand how metabolites influence our immune system at various stages of the immune response, this may point at new approaches that allow, for example, better treatment of chronic inflammatory or autoimmune diseases,” says Hess.