Carbyne – an unusual form of carbon 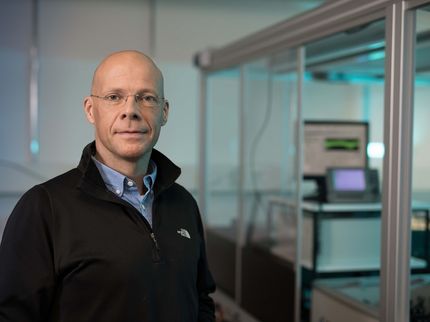 Which photophysical properties does carbyne have? This was the subject of research carried out by scientists at FAU, the University of Alberta, Canada, and the Ecole Polytechnique Fédérale de Lausanne in Switzerland, which has led to a greater understanding of the properties of this unusual form of carbon.

‘Carbon has a very special status in the periodic table of the elements and forms the basis for all forms of life due to the extremely large number of chemical compounds it can form,’ explains Prof. Dr. Dirk M. Guldi at the Chair of Physical Chemistry I at FAU. ‘The most well-known examples are three-dimensional graphite and diamond. However, two-dimensional graphene, one-dimensional nanotubes and zero-dimensional nanodots also open up new opportunities for electronics applications in the future.’

Carbyne is a modification of carbon, known as an allotrope. It is manufactured synthetically, comprises one single and very long chain of carbon atoms, and is regarded as a material with extremely interesting electronic and mechanical properties. ‘However, carbon has a high level of reactivity in this form,’ emphasises Prof. Dr. Clémence Corminboef from EPFL. ‘Such long chains are extremely unstable and thus very difficult to characterise.’

During their research, the team mainly focused on what are known as oligoynes. ‘We can manufacture carbyne chains of specific lengths and protect them from decomposition by adding a type of bumper made of atoms to the ends of the chains. This class of compound has sufficient chemical stability and is known as an oligoyne,’ explains Prof. Dr. Holger Frauenrath from EPFL.

The researchers specifically manufactured two series of oligoynes with varying symmetries and with up to 24 alternating triple and single bonds. Using spectroscopy, they subsequently tracked the deactivation processes of the relevant molecules from excitation with light up to complete relaxation. ‘We were thus able to determine the mechanism behind the entire deactivation process of the oligoynes from an excited state right back to their original initial state and, thanks to the data we gained, we were able to make a prediction about the properties of carbyne,’ concludes Prof. Dr. Rik R. Tykwinski from the University of Alberta.

One important finding was the fact that the so-called optical band gap is actually much smaller than previously assumed. Band gap is a term from the field of semiconductor physics and describes the electrical conductivity of crystals, metals and semiconductors. ‘This is an enormous advantage,’ says Prof. Guldi. ‘The smaller the band gap, the less energy is required to conduct electricity.’ Silicon, for example, which is used in microchips and solar cells, possesses this important property. Carbyne could be used in conjunction with silicon in the future due to its excellent photophysical properties.

More about University of Alberta