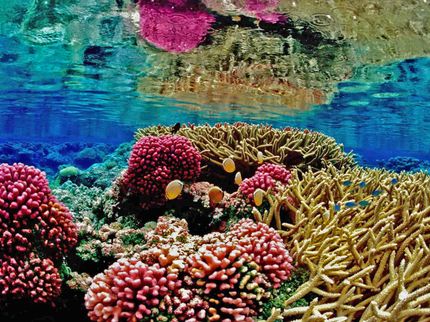 Microorganisms produce natural products, for example, as disease-causing virulence factors or as defense substances against predators and competitors. A team led by Dr. Robin Teufel and first author Ying Duan from the Institute of Biology II at the Faculty of Biology of the University of Freiburg, together with researchers from the University of Bonn, have now discovered a novel enzyme that is crucial for the production of so-called bacterial tropone natural products. The researchers presented their results in the current issue of the Journal of the American Chemical Society.

Bacteria found in terrestrial and marine environments produce tropone natural products, among other things, when they interact symbiotically with plants, algae or lower animals, for example as presumed protective substances against microbial pathogens in corals and sponges. The Freiburg researchers now investigated how the symbiotic bacteria produce these bioactive agents. Teufel and his team discovered a completely new type of enzyme that is essential for the production of these bacterial tropones.

The scientists found that this enzyme activates oxygen in a previously unknown way and incorporates it into a chemical precursor compound. In the process, the basic structure of the tropone is generated. Using chemical and biochemical methods, the researchers were able to investigate the functions of this enzyme in more detail and thereby elucidate novel intermediates in tropone biosynthesis. “We succeeded in taking a crucial step toward better understanding the biological production of these significant compounds,” Teufel explains. “These findings can serve as a basis for better combating certain pathogens in the future or for obtaining novel tropone compounds using biotechnological methods.”