The attachment of the small protein ubiquitin to other proteins regulates numerous biological processes, including signal transduction and metabolism 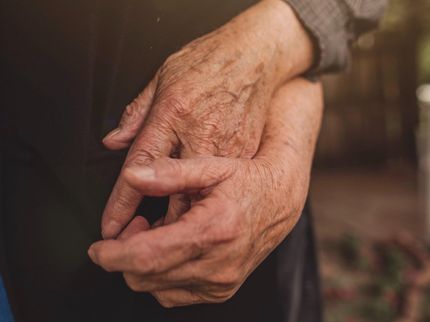 Photo by Nina Hill on Unsplash

Scientists have discovered that the protein ubiquitin plays an important role in the regulation of the aging process. Ubiquitin was previously known to control numerous processes, such as signal transduction and metabolism. Prof. Dr. David Vilchez and his colleagues at the CECAD Cluster of Excellence for Aging Research at the University of Cologne performed a comprehensive quantitative analysis of ubiquitin signatures during aging in the model organism Caenorhabditis elegans, a nematode worm which is broadly used for aging research. This method - called ubiquitin proteomics - measures all changes in ubiquitination of proteins in the cell. The resulting data provide site-specific information and define quantitative changes in ubiquitin changes across all proteins in a cell during aging. A comparison with the total protein content of a cell (proteome) showed which changes have functional consequences in protein turnover and actual protein content during aging. The scientists thus discovered new regulators of lifespan and provide a comprehensive data set that helps to understand aging and longevity. The article, 'Rewiring of the ubiquitinated proteome determines aging in C. elegans,' has now been published in Nature.

‘Our study of ubiquitin changes led us to a number of exciting conclusions with important insights for understanding the aging process," said Dr Seda Koyuncu, lead author of the study. "We discovered that aging leads to changes in the ubiquitination of thousands of proteins in the cell, whereas longevity measures such as reduced food intake and reduced insulin signaling prevent these changes.’ Specifically, the researchers found that aging causes a general loss of ubiquitination. This is caused by the enzymes that remove ubiquitin from proteins become more active during aging. Normally, ubiquitinated proteins are recognized and destroyed by the proteasome, the cell's garbage truck. The scientists showed that the longevity of organisms is determined by age-related changes in the degradation of structural and regulatory proteins by the proteasome. "We studied animals with a defective proteasome to identify proteins that become less ubiquitinated with age and thus are not cleaned up by the proteasome and accumulate in the cell. The resulting protein accumulation leads to cell death," Koyuncu says. "Remarkably, we saw that reducing the protein levels of these untagged proteins was sufficient to prolong longevity, while preventing their degradation by the proteasome shortened lifespan."

In addition to providing a comprehensive data set, the investigators showed that defining changes in the ubiquitin-modified proteome can lead to the discovery of new regulators of lifespan and aging traits. They focused their follow-up analyses on two specific proteins that lacked ubiquitin labeling during aging. IFB-2, a protein important for cell structure, and EPS-8, a modulator of a signaling pathway that regulates a variety of cellular processes. These proteins, which are no longer adequately labeled in aged organisms, affect longevity in a variety of tissues. Increased protein levels of IFB-2, for example, cause the intestine to fail to digest properly or absorb nutrients and also make it more susceptible to bacterial infections, which is a characteristic of aging animals. "Remarkably, knockdown of IFB-2 in adult C. elegans was enough to restore normal gut function," Koyuncu says. Too much amounts of EPS-8 in cells over activate a specific signaling pathway (RAC) in muscle and brain cells. The team discovered here that the RAC signaling pathway determines longevity, muscle integrity and motility.

"Our findings may point to new ways to delay the aging process and improve quality of life in old age. In particular, we have established a novel link between aging and general changes in the ubiquitin-modified proteome, a process that actively influences longevity," said study coordinator David Vilchez, research group leader at CECAD and the Center for Molecular Medicine Cologne (CMMC). "Our results and rich datasets may have important implications for several research priorities, including aging, ubiquitination and other cellular processes."