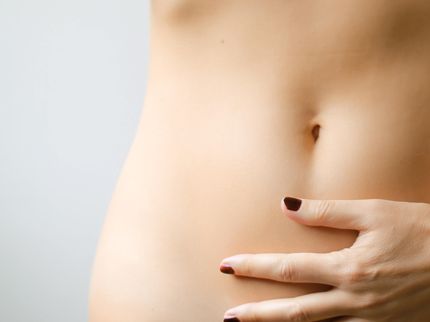 The risk of colorectal cancer can be predicted more accurately by determining seven blood-based micro-RNAs (miRNAs) than by using traditional methods - and can be done so many years before a diagnosis is made. In a current study, researchers from the German Cancer Research Center and the National Center for Tumor Diseases (NCT) Heidelberg show that miRNA profiles provide greater predictive accuracy than genetic or lifestyle-based risk stratification methods. This might help make more targeted use of colorectal cancer screening in future.

Consistent screening is much more effective for colorectal cancer (CRC) than for other types of cancer. Colonoscopy screening can be used to identify colorectal tumors and precursors at an early stage and remove them during the examination. German health insurance providers pay for a colonoscopy for screening purposes in men from the age of 50 and in women from the age of 55. "However, it is an invasive examination and not everyone who is entitled to have one takes advantage of the offer; almost 60,000 people in Germany are still diagnosed with CRC every year," explained Hermann Brenner from the German Cancer Research Center (DKFZ) and the National Center for Tumor Diseases (NCT) Heidelberg. "CRC screening might be able to be implemented much more effectively and in a more targeted way if we were able to assess an individual's personal risk using a biomarker."

In recent years, researchers have already developed genetic and lifestyle-based risk profiles, but their predictive ability has been limited to date. Brenner and his team have now published a promising new method to determine a person's individual risk of disease more accurately than has previously been possible. The method involves measuring micro-RNAs in the blood serum.

Micro-RNAs - or miRNAs for short - are made up of only 20-25 nucleotides. They do not contain instructions for making proteins but instead steer a number of cell functions. Many miRNAs are released into the blood. These molecules were not discovered until the 1990s but more than a thousand different ones are now known to science. miRNAs also control a large number of cellular processes that play a role in cancer development. Researchers are therefore currently devoting considerable effort to investigating whether particular patterns of miRNA expression are linked to the development of certain types of cancer and might thus even predict the risk of disease.

Brenner and his team of researchers have now identified a panel of seven miRNAs that correlated closely with the occurrence of CRC. To do so, a total of 41 miRNA candidates were initially selected based on the literature and the researchers' own preliminary work. The second step involved examining these molecules in the serum of participants in the ESTHER study, a large-scale longitudinal study that they have been conducting in close cooperation with the Saarland Cancer Registry since 2000. A total of 198 of the almost 10,000 participants in the ESTHER study developed CRC within 14 years after blood sampling. By comparing their blood samples with those of participants who did not develop cancer, the researchers were able to determine a risk score that correlated most closely with the development of CRC.

Yet how does the predictive ability of the miRNA panels compare with that of other methods? The researchers compared the new method with the genetic risk score, which is based on 140 single nucleotide polymorphisms and previously had the highest predictive accuracy, and with a lifestyle-based risk profile that takes account of factors such as smoking, bodyweight, and physical activity. The miRNA panel was found to be much better at predicting the individual risk of disease than the other two methods. Study subjects with the highest miRNA risk scores (highest 20 percent) had an approximately 20-fold higher risk compared with individuals with the lowest scores (lowest 20 percent). A comparison of the genetic risk scores revealed a considerably smaller difference (approximately fourfold).

"The particular advantage of our study is the long follow-up of 14 years so far," remarked Janhavi Raut, lead author of the current study. "The participants' blood samples were taken many years before the CRC diagnosis was made. Our data show that the changes in the miRNA profile might occur years before the patients develop cancer."

"The miRNA panel is a promising way of assessing the individual risk of CRC more accurately than using the methods available up to now. If the predictive ability is confirmed in independent long-term studies, we would have a reliable biomarker that could crucially improve CRC screening," explained study director Hermann Brenner.