Immunity to SARS-CoV-2: Spike protein docking site is Achilles' heel of the virus 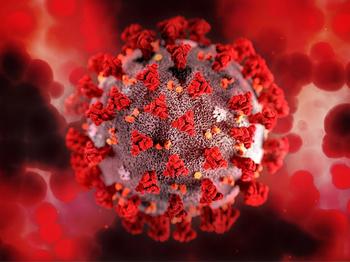 Around 20% of those who have recovered from Covid-19 fail to develop immune protection against SARS-CoV-2, according to a MedUni Vienna research team led by allergologist and immunologist Rudolf Valenta from the Center for Pathophysiology, Infectiology and Immunology. Their study found that the crucial immune protection that prevents the virus from docking and invasion of the body's cells only occurs when a person is able to form specific antibodies against the folded receptor binding domain (RBD) of the spike protein. This docking site does not change significantly in with mutations of the virus. However, some people are unable to do this so for various reasons. An antigen-based vaccine targeting RBD could provide a solution, but such a vaccine is not yet available.

A year ago, a research team led by study directors Rudolf Valenta and Winfried F. Pickl from MedUni Vienna's Center for Pathophysiology, Infectiology and Immunology investigated the immune status of an initial cohort of patients who had recovered from a mild course of COVID-19. One of the findings at the time was that a significant proportion of infected patients were unable to form protective antibodies against SARS-CoV-2.

In the recently published follow-up study, Valenta and his team analysed the antibody response of a larger cohort following mild and severe SARS-CoV-2 infection. The study used microarray (chip) technology developed at MedUni Vienna, in which a large number of viral antigens are applied to a microscopic chip by a robotic spotting machine. In addition, overlapping protein fragments (peptides) of these viral antigens were fixed to onto the chip, covering the entire spike protein on which the receptor binding domain (RBD) is located. This is the domain with which the SARS-CoV-2 virus binds to the ACE2 receptor of human cells.

This leads to one major conclusion: high antibody levels against the folded spike protein, and especially against the RBD it contains, prevent the virus from binding to human cells. However, if someone is unable to form antibodies against the folded RBD, the person will not be well protected. The researchers also showed that only the folded RBD, but not unfolded RBD, generates immune protection upon immunisation. Since the genetic vaccines currently in use mimic infection, it is possible that vaccination breakthroughs can may be explained by  the failure to develop antibodies against folded RBD.

In summary, it can therefore be concluded that people who sufficiently form antibodies against folded RBD are protected against SARS-CoV-2 infections. These antibodies are readily measurable in the blood with neutralisation tests. Unfortunately, 20% of those who have recovered from Covid-19 - and likely those who have been vaccinated – fail to produce these antibodies. Valenta explains: "We urgently need to develop an RBD-based antigen vaccine which is engineered to overcome the RBD non-responsiveness. This vaccine would be highly effective in inducing RBD-specific and thus neutralising antibodies, whose levels could be kept high by booster vaccinations. In this way we could also to exploit the "Achilles' heel" of the virus, whose docking site does not change significantly with mutations, Valenta adds.