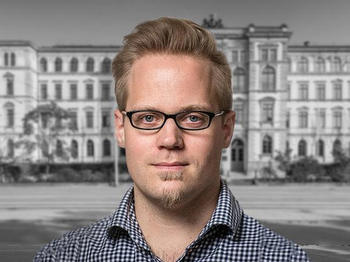 Catalysts are used wherever chemical reactions take place. For example, in organisms during respiration, in the chemical industry during product manufacture or in the exhaust gas stream of the combustion engine. Regardless of the place of action, the same principle applies everywhere: catalysts speed up reactions or make them possible in the first place. For this reason, the optimisation of catalysts is an important path towards, for example, greater resource efficiency and a "greener" economy.

A research team from the Cluster of Excellence "Unifying Systems in Catalysis" (UniSysCat) at the Technische Universität Berlin and the Chair of Organic Chemistry at the Technische Universität Chemnitz, led by Prof. Dr. Johannes Teichert, has now succeeded in presenting a novel concept for the development of catalysts. "Whereas up to now attempts have been made to make catalysts with a reactive position in the molecule increasingly reactive, we have provided a supposedly unreactive catalyst with a second, chemically completely different catalyst unit in the direct vicinity," Johannes Teichert describes his novel approach. The result is a so-called "bifunctional catalyst". With this, the reactivity of the supposedly weak catalyst can now be changed in such a way that previously unreactive compounds can also be converted.

This applies, for example, to frequently used and well-known copper catalysts that are used, among other things, in the production of active ingredients. Until now, it has not been possible to convert esters with these catalysts. As a group of substances, esters are essential building blocks for almost all chemical products - for example, for fragrances and perfumes and, above all, in the form of polyesters as plastics for PET beverage bottles. "Our bifunctional catalyst now ensures that copper catalysts react with esters for the first time ever," says Teichert.

This makes it possible to make even supposedly unreactive catalysts significantly more reactive and thus tailor them for chemical reactions. Johannes Teichert's research group is thus one step closer to making chemical reactions ideally take place completely without waste and with hydrogen. To explain the significance with an everyday example: The production of chemical products is made better and cleaner by the findings of Teichert and his team - just as when both clean dishes and clean water are left behind after washing up. In addition, the approach is particularly efficient because all the atoms are recycled - chemists refer to this as "atom economy". Or - to stay with the metaphor: Not only are the dishes and rinse water clean, but only the exact amount of water needed for rinsing was used.