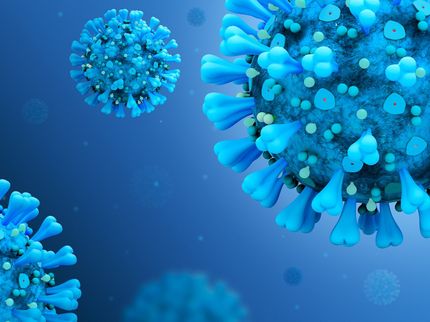 Some COVID-19 vaccines use a modified (stabilised) variant of the Coronavirus SARS-CoV-2 spike protein as a target antigen structure. In SARS-CoV-2 infections, the immune system recognises the unmodified form of the spike protein as an antigen. Researchers at the Paul-Ehrlich-Institut were able to observe that antibodies formed post-vaccination recognise different spike protein linear structures than antibodies formed post-infection. The comparison was made with antibodies in the serum of individuals vaccinated with Comirnaty (BioNTech/Pfizer) and antibodies in serum from COVID-19 convalescents. A report on the findings appears in the online edition of Vaccines from 1 December 2021.

The research team, led by Professor Eberhard Hildt, head of the Virology Division at the Paul-Ehrlich-Institut, performed a comparative epitope mapping together with scientists at the Aachen University Hospital and the Main-Kinzig Clinics. They identified 36 linear epitopes, which were recognised by antibodies in sera from COVID-19 vaccinated individuals. Twenty-seven of these epitopes were recognised almost exclusively by antibodies in sera from convalescents. The mapping of these epitopes to the spike protein structures revealed that most of these 27 epitopes are masked in the pre-fusion conformation. This means that they are hidden and therefore not exposed to antibodies. In particular, the researchers identified three epitopes in a conserved, central portion (central helix), which are only exposed in the post-fusion conformation of the spike protein. This is the conformation present after the fusion of virus and cell membranes.

The study’s conclusion pointed out the greater variety in spike-specific antibodies in convalescents in comparison to Comirnaty-vaccinated individuals. Whether this has a clinically relevant impact on the breadth of spike-specific immune response, however, cannot yet be answered with the data currently available.