It is faster, more energy-efficient and promises a high yield 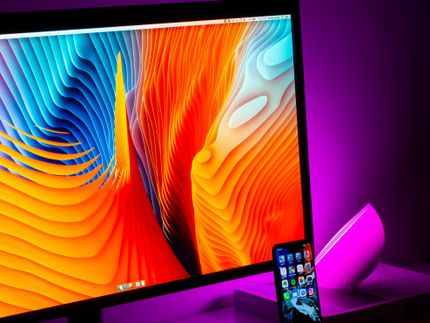 At room temperature the newly created liquid crystals are in a nematic phase - a special arrangement of molecules used in most liquid crystal displays or LCDs.

Liquid crystals could soon be produced more efficiently and in a more environmentally friendly way. A new process has been developed by researchers at Martin Luther University Halle-Wittenberg (MLU) in Germany, Bangalore University in India and Cairo University in Egypt. Compared to conventional methods, it is faster, more energy-efficient and promises a high yield as the team reports in the "Journal of Molecular Liquids". Liquid crystals are used in most smartphone, tablet and computer displays.

The production of liquid crystals is a complex process with many intermediate steps. "Often it requires various solvents and expensive catalysts," says Dr Mohamed Alaasar, a chemist at MLU. The team from Germany, India and Egypt was looking for a way to simplify the process and make it more environmentally friendly. The idea: instead of the chemical reactions taking place one after the other, certain steps could be combined in a so-called multicomponent reaction in which several substances react directly with one another.

The team developed an approach for producing liquid crystals which does not require environmentally harmful solvents and relies on cheaper catalysts. "We were able to achieve a yield of about 90 per cent. This means that most of the chemicals are used in the process and relatively few residues are produced," explains Alaasar. This saves energy and ultimately also money. At room temperature the newly created liquid crystals are in a nematic phase - a special arrangement of molecules used in most liquid crystal displays or LCDs.

So far, the researchers have only tested their new process in the laboratory. However, Alaasar is confident that it could also be implemented on an industrial scale. "However, manufacturers would have to rebuild parts of their manufacturing. This has not happened in the past with other promising materials," says the scientist. However, consumers started valuing sustainability and more environmentally friendly products of the last years. That could be an additional argument in favour for the new approach.