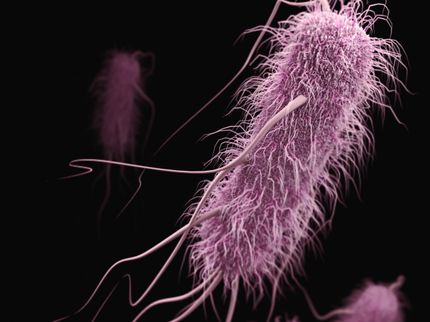 An international team of scientists at Wageningen University (Netherlands) and the Institute for Biological Physics at the University of Cologne (Germany) have shown that small and large bacterial populations follow qualitatively different evolutionary paths: Larger populations develop stronger antibiotic resistance than smaller ones, and they rely on different types of resistance mutations.

The researchers carried out evolution experiments with 96 different populations, each containing either 2 million or 200 million Escherichia coli (E. coli) bacteria. The populations were exposed to a steadily increasing dose of the antibiotic cefotaxime. After 500 generations, not only had the large populations developed significantly stronger resistance than the small ones, but the genomes of the two groups also displayed different types of resistance mutations: While point mutations dominated in the large populations, more duplications and deletions of parts of the genome were found in the small populations.

The analysis of the genomic data with machine learning methods revealed that the two types of mutations differ both in the strength of their effects and in the probability of their occurrence: Point mutations are rarer but contribute more strongly to resistance than deletions and duplications. Since the number of mutations occurring within a generation is proportional to the number of bacteria, small populations rely on the less effective resistance mutations that occur earlier. In large populations, these mutations are displaced by later-occurring, but more effective point mutations.

‘The current pandemic has impressively demonstrated the connection between the size of a population of pathogenic agents and the emergence of better-adapted mutants. Our study illustrates that similar mechanisms are also at work in the evolution of antibiotic-resistant bacteria,’ said co-author Professor Dr Joachim Krug from the University of Cologne’s Institute for Biological Physics.

The emergence of antibiotic resistance in bacteria is a major global health problem, but at the same time a textbook example of Darwinian evolution. In this process, bacterial strains of high resistance often evolve in several steps: in each of them, a mutation occurs randomly and spreads through the population due to its evolutionary advantage. The population is therefore said to follow a path in a genetic landscape. A better understanding of these evolutionary paths can help to better predict antibiotic resistance in the long term.