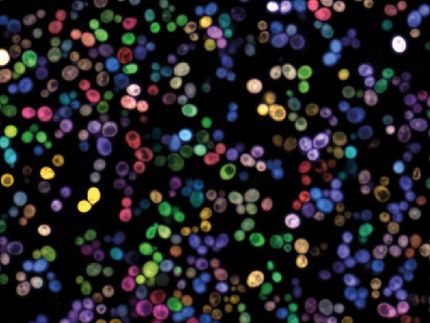 The treatment of fungal infections is often hampered by fungal pathogens that do not respond, or are tolerant, against anti-fungal drugs. A team of researchers from Charité – Universitätsmedizin Berlin and the Francis Crick Institute have now identified microbial cooperation as one of the causes of this drug tolerance. A collaborative relationship and interactions at the metabolic level benefit the entire community of yeast cells, both in terms of its growth and survival. The underlying mechanism, which has been described in Nature Microbiology, opens new avenues in the development of better antimicrobial therapies.

Fungal infections represent an increasingly significant health issue and are more dangerous than previously thought. Every year, more people worldwide are killed by invasive fungal infections than by malaria, and yet there are only three classes of antifungal drugs which can treat these infections. The clinical use of these drugs, however, is hampered by the fact that the microorganisms which cause the infections often develop tolerance to these ‘antimycotics’, meaning that treatment often fails.

How does this drug tolerance develop? Which role is played by microbial interactions, and what benefits are associated with them? A team comprising researchers from Charité in Berlin and the Francis Crick Institute in London has uncovered a mechanism which links microbial metabolic interactions with drug tolerance. “We discovered that yeast cells frequently and actively engage with one another, and that these interactions involve the exchange of metabolites. We were also able to show how this creates both growth advantages and tolerance to common antimycotics,” says the study’s last author, Prof. Dr. Markus Ralser, Director of Charité’s Institute of Biochemistry and Group Leader at the Francis Crick Institute. The published article marks the first impressive milestone of a project which was launched in 2020, and which is being conducted in collaboration with Tel Aviv University. Dedicated to the study of drug tolerance in fungal infections, the project is supported by a European Research Council (ERC) Synergy Grant.

Microbial communities comprise both cells which function normally and cells with impaired metabolism. The latter (also known as auxotrophic cells) have lost the ability to produce certain essential metabolites and must instead absorb them from metabolically competent (prototrophic) cells present within their environment. The question of whether, and to what extent, cells in this community benefit from this communal existence had previously remained one of the key unsolved problems in the field of microbiology. Now, the authors of this study have been able to unpick at least part of the mystery.

In order to study the coexistence of these different cell types, the researchers used a metagenomics approach, meaning they analyzed the genetic makeup of all microbial communities present within the environment. Using a data set collated from numerous laboratories and comprising data on more than 12,000 microbial species communities from across the globe, the researchers discovered that communities with both auxotrophic and prototrophic cells are extremely common. “These metabolically deficient (auxotrophic) cells are particularly common in host-linked cooperative communities – especially in the gut microbiome – where they appear to enjoy an advantage,” explains Einstein Professor Ralser. “We suspect that their ubiquity can be explained by changes in their shared metabolic environment, particularly the environment provided by the host which features the required metabolites.”

In order to gain an understanding of the underlying biochemical mechanisms, the researchers used a yeast model of metabolic cooperation which enabled them to observe populations of metabolically deficient and metabolically competent cells in isolation. They then analyzed these cell populations using state-of-the-art, high-throughput proteomics and metabolomics technologies, in addition to metabolic modeling and drug susceptibility testing. By combining these technologies, the researchers discovered that metabolically deficient microorganisms which live in cooperative communities alongside metabolically competent ones adapt their metabolisms to favor the export of metabolites. Notably, this strategy also makes it easier for these microorganisms to eject a range of antimicrobial substances.

“This mechanism has benefits for both cell populations,” summarizes Prof. Ralser. He continues: “By increasing their export activity, metabolically interactive microorganisms help to create a common environment which is rich in metabolites, and which the community’s cells need for their growth and survival. This means that even metabolically competent microorganisms benefit from this cooperative relationship. What is more, the levels of active drug ingredients inside the cells are reduced, which makes the cells more tolerant to hundreds of antimicrobial substances.” The findings of this study open new horizons which extend beyond the boundaries of microbial ecology. It is hoped that further studies, which will explore the extent to which microbial tolerance is determined by metabolism and metabolic environment, will help to develop new generations of antifungal drugs.

More about The Francis Crick Institute