The oat genome unlocks the unique health benefits of oats 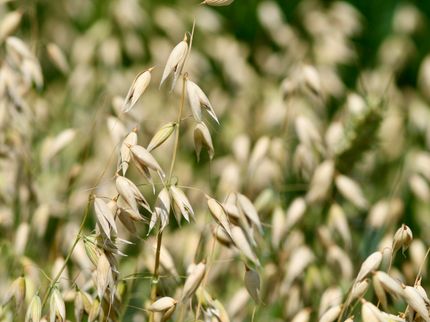 Researchers have succeeded in sequencing and characterizing the entire genome of oat. Compared to other cereals and humans, the oat genome architecture is very complex. Scientists from Helmholtz Munich, Lund University and the ScanOats network finally elucidated at the genetic level why oats are healthier and cause fewer allergies and intolerances than other cereals.

"Oats are not only a very popular cereal, but also a very complicated one, genetically" says Manuel Spannagl from Helmholtz Munich. As part of an international research project, he spent six years decoding and investigating the oat genome, and identified the entire set of genes contained in this important cereal. The complexity of the oat genome is a result of its size and structure: oats have six sets of chromosomes with more than 80,000 genes in total, while humans have only two sets of chromosomes with about 20,000 genes. Moreover, the order of genes along the chromosomes is substantially less “sorted” than in other cereals with a considerable amount of genes having been relocated between the chromosomes, resulting in a mosaic-like genome architecture.

Tracking down the health benefits of oats

Knowing the genome sequence allows us to better understand which genes are responsible for which traits. In the case of oats, the researchers were particularly interested in finding out why they trigger fewer allergies and intolerances compared to cereals such as wheat or rye. They discovered that oats have fewer of the proteins that correspond to gluten in wheat. Since these proteins are directly related to celiac disease and wheat intolerances, oats lead to fewer intolerances in humans. "This allowed us to confirm on a genomic level that oats in their pure form are suitable for a gluten-free diet," says Nadia Kamal of Helmholtz Munich. Compared to other cereals, oats also contain a much higher proportion of so-called beta-glucans. These dietary fibers reduce cholesterol in the blood and have a positive influence on people with metabolic diseases such as type 2 diabetes. Thanks to their sequencing effort, the researchers now know which genes are responsible for the health-promoting beta-glucans.

Oats are not only interesting because of their health benefits; their cultivation also requires fewer treatments with insecticides, fungicides or fertilizers compared to other cereals. Thanks to the new insights into the oat genome, breeding and cultivation of more nutritious and sustainable oats can now be accelerated. "We have created the potential for targeted breeding," says Nick Sirijovski from the Lund University and ScanOats, "since we are now able to tell which oat varieties are compatible with another. At this point, we can combine traits for an even more favorable health profile, higher yields, better resistance to parasites and drought, and most importantly, in preparation for climate change." Since oats produce high yields even on marginal soils and have an overall smaller environmental footprint than wheat, these aspects are particularly exciting for researchers in light of future challenges in providing nutritious plant-based alternative foods for a growing global population in a sustainable way.