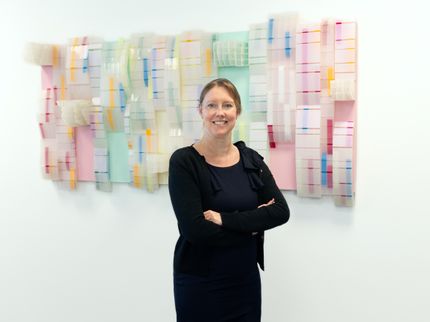 Glucose is the most important energy source in the human body. Scientists at the Technical University of Munich (TUM) and the Massachusetts Institute of Technology (MIT) now want to use the body's sugar as an energy source for medicinal implants. They have developed a glucose fuel cell which converts sugar into electricity.

Medicinal implants such as sensors for measuring vital functions, electrodes for Deep Brain Stimulation in treating Parkinson's disease and cardiac pacemakers all require power sources which are as reliable and as small as possible. But there are limits to how far battery size can be reduced, since batteries require a certain volume in order to be able to store energy.

A research team led by Jennifer Rupp, Professor for the chemistry of solid-state electrolytes at TUM and MIT's Dr. Philipp Simons have now developed a glucose fuel cell which is only 400 nanometers thick – one hundredth of the diameter of a human hair. "Instead of using a battery, which accounts for 90 percent of an implant's volume, our device can be mounted as a thin film on a silicon chip or perhaps in the future even on the surface of the implant itself," says Rupp.

The glucose fuel cell consists of a cathode and an anode as well as an electrolyte layer. Glucose from the body is converted to gluconic acid at the anode, releasing protons. The electrolyte conducts these protons through the fuel cell to the cathode, where they recombinate with air to form water molecules. The electrons flow through an external electric circuit which can power an electronic device.

The idea of using glucose fuel cells as a power source is not new: Previous devices used a plastic electrolyte layer. "Since plastic materials are not compatible with common production processes in the semiconductor industry, it is difficult to apply them to silicon chips, which are state of the art in medical implants. Hard materials are needed for this," Simons explains. Another disadvantage of the plastic-based electrolytes: The polymers which made up the plastic were sometimes damaged when sterilizing the implants.

Consequently the researchers used ceramic electrolytes for their new fuel cell. The ceramic they chose is easy to miniaturize and integrate on a silicon chip and is bio-compatible. The material can also withstand high temperatures.

The team produced 150 of the glucose fuel cells on a chip, with each cell only 400 nanometers thick and about 300 micrometers wide. The researchers successfully mounted the cells on silicon wafers, proving that the devices could be combined with a conventional semiconductor material. Then they let a glucose solution flow over the wafer.

They found that many of the cells generated a peak voltage of approximately 80 millivolts, enough to power for example sensors and many other electronic devices for implants. Given the minuscule size of each cell, this is the highest-ever power density of any glucose fuel cell design to date.

"This is the first time that the proton conduction in electro-ceramic materials has successfully been used in converting glucose into electricity," says Rupp. In a next step the research team wants to help bring the discovery to long-term practical application.