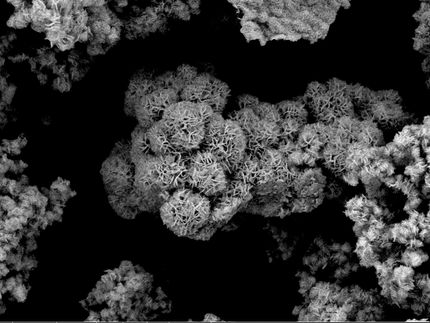 For reasons of climate protection, carbon dioxide must not be released into the atmosphere. Wherever the formation of carbon dioxide cannot be prevented, it should be captured and converted into other substances.

The best possible solution is creating substances that have value and can be sold. A new method for this has now been developed at TU Wien (Vienna): With the help of a special catalyst material made of sulfur and molybdenum, liquid methanol is produced from CO2. The new technology has already been patented, and together with industrial partners the process is now to be scaled up to industrial scale.

It is precisely where carbon dioxide occurs in maximum concentration - for example directly in the exhaust gas stream of large industrial plants - that it can be used most efficiently. The idea of converting carbon dioxide into valuable products is not new. However, it is a difficult and complex task. Sometimes CO2 has to be enriched and separated beforehand, which causes additional costs and energy input.

"To convert carbon dioxide, catalysts based on copper have often been used so far," says Prof. Karin Föttinger from the Institute of Materials Chemistry at TU Wien. "However, they have the major disadvantage that they are not robust. If there are certain other substances in the exhaust gas stream besides carbon dioxide, for example sulfur, the catalyst quickly loses its activity. It is said that the catalyst is poisoned."

Karin Föttinger and her research group therefore set out to find a better material. "If you want to use such methods not only in the laboratory but also on a large scale in industry, then you need a catalyst that is perhaps a little less active, but robust, durable and reliable," Föttinger explains. "You want to be able to process quite ordinary industrial waste gases without pre-treatment."

The winning formula: Sulfur and molybdenum

The TU Wien research team was able to show that catalysts based on sulfur and molybdenum fulfil these requirements. Special additional elements, such as manganese, ensure that carbon dioxide, which is actually very unreactive, is activated and converted. By choosing such additional elements, the properties of the catalysts can be precisely adapted to the desired area of application. In this way, methanol can now be produced from waste gas containing CO2.

"Methanol is an attractive product. It is liquid at room temperature, so it can be stored without any problems. It is needed in industry; up to now it has normally been produced from fossil raw materials," says Karin Föttinger. "But it is also possible to use our catalysts to produce other molecules, such as higher alcohols. We are currently still working on figuring out exactly how best to choose parameters like pressure and temperature to produce different products."

The method has now been patented, and it will now be scaled up to industrial scale in collaboration with partner companies. "We are already working with companies, and at the same time we are looking for other possible collaborations," says Karin Föttinger. In this way, the novel catalysts should make an important contribution to making industry climate neutral and closing material cycles.