How bacteria adhere to cells: Basis for the development of a new class of antibiotics 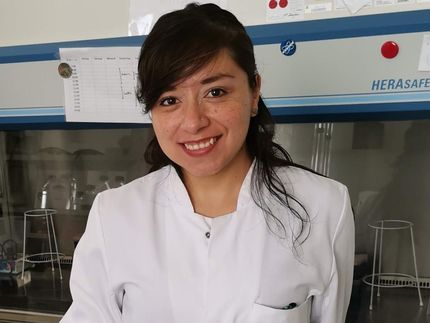 The adhesion of bacteria to host cells is always the first and one of the decisivesteps in the development of infectious diseases. The purpose of this adhesion by infectious pathogens is first to colonize the host organism (i.e., the human body), and then to trigger an infection, which in the worst case can end fatally. Precise understanding of the bacteria’s adhesion to host cells is a key to finding therapeutic alternatives that block this critical interaction in the earliest possible stage of an infection.

In collaboration with other researchers, scientists from University Hospital Frankfurt and Goethe University Frankfurt have now explained the exact bacterial adhesion mechanism using the human-pathogenic bacterium Bartonella henselae. This pathogen causes “cat-scratch disease”, a disease transmitted from animals to humans. In an international collaborative project led by the Frankfurt research group headed by Professor Volkhard Kempf, the bacterial adhesion mechanism was deciphered with the help of a combination of in-vitro adhesion tests and high-throughput proteomics. Proteomics is the study of all the proteins present in a cell or a complex organism.

The scientists have shed light on a key mechanism: the bacterial adhesion to the host cells can be traced back to the interaction of a certain class of adhesins – called “trimeric autotransporter adhesins” – with fibronectin, a protein often found in human tissue. Adhesins are components on the surface of bacteria which enable the pathogen to adhere to the host’s biological structures. Homologues of the adhesin identified here as critical are also present in many other human-pathogenic bacteria, such as the multi-resistant Acinetobacter baumannii, which the World Health Organization (WHO) has classified as the top priority for research into new antibiotics.

State-of-the-art protein analytics were used to visualize the exact points of interaction between the proteins. In addition, it was possible to show that experimental blocking of these processes almost entirely prevents bacterial adhesion. Therapeutic approaches that aim to prevent bacterial adhesion in this way could represent a promising treatment alternative as a new class of antibiotics (known as “anti-ligands”) in the constantly growing domain of multi-resistant bacteria.