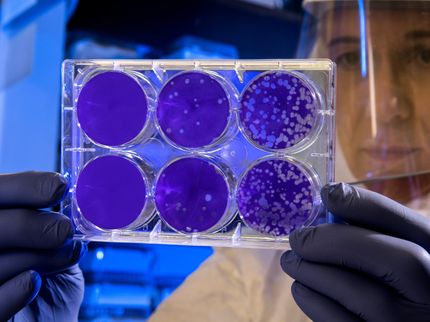 Photo by CDC on Unsplash

The chemical modification of nucleic acids, known as methylation, exists not only on DNA but also on RNA. So far, it is still unclear whether this methylation is important for certain cell types and what effects it has on the interaction of cells in the body. The most abundant modification on mRNA, the messenger RNA molecules, is the so-called N6-methyladenosine, or m6A for short. It appears to play a crucial role in cell differentiation and to influence a number of biological processes. In this process, a methyl group is attached to the sixth carbon atom of the nucleic base adenosine. A so-called writer complex decides which adenosine molecule in which mRNA is modified at all and thus carries new information in addition to the genetic code. This information is "read" by so-called reader proteins, which then decide whether and when an mRNA is translated into a protein.

A new success for basic research

Vigo Heissmeyer and his research team now investigated how the loss of m6A affects the biology of T cells. To do this, they knocked out a component of the m6A writer complex in mice in their study - both in regulatory T cells and naïve T cells. From past studies, the researchers deduced that m6A modifications are essential for T cells when they recognize an antigen. Normally, antigen recognition would lead to T cell activation, cell division, and acquisition of effector functions. Regulatory T cells lacking m6A would lose their control over the immune response. Naive cells, on the other hand, stop developing and go into a kind of coma - or so researchers thought. The new study shows something different for naive T cells: Genetic inactivation of m6A gene regulation enhances calcium signaling, hyperactivating T cells and triggering cell death. The lack of regulation in T cells due to loss of adenosine methylation shows a severe inflammatory response in mice. They suffer from chronic inflammatory bowel disease. This disease is triggered by an excess of activated conventional T cells. An imbalance occurs because the regulatory T cells can no longer thwart the activation of the naïve T cells. In the absence of m6A in T cells, a complex deregulation of the immune response occurs; naïve T cells are activated by antigen recognition, divide initially, but also die prolifically - and can still trigger the disease, presumably because of a lack of suppression by regulatory T cells.

The researchers' next step is to study the molecules that recognize methylation. "Our idea is to use our findings on gene regulation to define new key molecules of T cell activation. We can see from our study which mRNAs are modified and thus need to be precisely defined in quantity for immune responses to be error-free," says Vigo Heissmeyer. "When we fully understand how this regulation prevents cell death or overactivation, we will also know which nodes can be therapeutically manipulated."