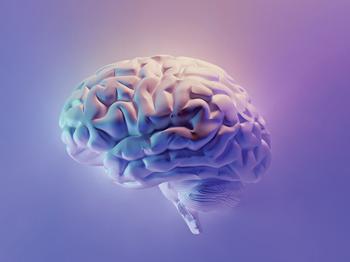 Photo by Milad Fakurian on Unsplash

Certain cells from glioblastomas, the most aggressive form of brain tumors, mimic characteristics and movement strategies of immature neurons to colonize the brain. Fundamental new results from researchers at Heidelberg University Hospital (UKHD) and Heidelberg Medical School (MFHD) and the German Cancer Research Center (DKFZ) provide the first detailed insights into the tumor's spreading mechanisms. Glioblastoma cells move through the healthy brain tissue, settle in a suitable location and then form malignant networks through which they reconnect with the "mother tumor". These invaders do not only share their molecular profile with the precursor cells of nerve cells, but they also migrate in the same movement patterns and, like these, establish contacts with healthy nerve cells of the brain. The results have recently been published in "Cell" and recognized in an editorial.

Glioblastomas grow in the brain like a fungal network. Therefore, they cannot be completely removed by surgery and, thanks to their resilient network, survive intensive chemotherapy and radiation therapy. This makes them the most dangerous brain tumor in humans, with an average survival time of about 15 months after initial diagnosis. How this characteristic growth occurs is the subject of research by the working groups of Professor Dr. Frank Winkler in the Clinical Cooperation Unit Neurooncology at UKHD and DKFZ, Professor Dr. Thomas Kuner, head of the Functional Neuroanatomy Department at the Institute of Anatomy and Cell Biology, and Dr. Dr. Varun Venkataramani. Back in 2015, the team described the network of cell processes of glioblastoma cells as a cause of therapy resistance. Through this wiring, tumor cells can repair damage and exchange substances essential for survival. In 2019, the researchers discovered that the tumor cells receive direct signals from neurons, stimulating them to grow.

Last, the team took a closer look with a microscope to study the different cell types within brain tumors. "Glioblastomas consist of very heterogeneous cells. We wanted to know to what extent the various cell types differ in their biological role," says Winkler. In the process, they discovered a very agile subset of cancer cells that resemble the precursors of nerve cells in several ways: in their molecular characteristics, in their ability to move around the brain, and in the way they connect with and receive signals from the brain's nerve cells via synapses, special contact points for signal transmission.

"Using high-resolution microscopic techniques, we observed in human glioblastoma cells growing in mouse brains that these cancer cells move through the brain in the same pattern as predators move through their territory in search of prey - much like nerve precursor cells. In doing so, they scan the environment with fine cell extensions and receive activating signals from the nerve cells via their synapses, which they seem to need for invasion," Prof. Kuner describes. His team used a combination of modern microscopic and molecular biological methods that provided detailed and three-dimensional views of the cells' interaction in the tissue, their cell-cell contacts, and their molecular properties.

Under the microscope, it became apparent that after the spreading cells found a favorable location, they change their molecular properties and transform into a cell type that no longer moves but forms networks. "The behavior is similar to the colonization of a new continent: first, individual settlers head off into the distance, make contact with the locals, and finally settle down," describes first author Dr. Varun Venkataramani.

Professor Dr. Wolfgang Wick, Medical Director of the Neurological Clinic at the UKHD, sees the results as a milestone in the field of "Cancer Neuroscience", the science of the complex interplay between the nervous system and tumor cells: "For the first time, we understand what the different cell types of a glioblastoma do, which molecular characteristics are associated with which behavior, and which cell type is responsible for invasive tumor growth. In contrast, the network-forming cell type that develops from these is responsible for resistance. This knowledge could provide starting points for new therapies." The next step is to further decode the molecular mechanisms of movement, communication with nerve cells, and networking.