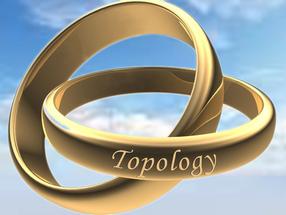 Gold as an element is known and highly valued for more than 2500 years, and its popularity is based on its beautiful color and chemical inertness. It is well established that the golden color is, physically spoken, of relativistic origin. The surface of gold is unique, as it hosts states that have been understood as a prototype of surface states, named after William Shockley, Shockley surface states. However, until nowadays it was overseen that the gold surface states are very special, when relativity is taken into account.

These Shockley surface states can be reinterpreted as topologically derived surface states comparable with the robust surface state of a topological insulator, a recently discovered new quantum state. This new quantum state has caused a lot of excitement in the condensed matter community ranging from physics, materials science to chemistry. However, no application of topological materials has been realized up to now. Gold and platinum, metals with the topological Shockley surface states, are used as standards in surface science and are also established materials for catalysis. Gold surfaces states are commonly employed to benchmark the capability of photoemission spectroscopy and scanning tunneling spectroscopy.

In a recent study on gold surface states, solid state chemistry research at the Max Planck Institute Chemical Physics of Solids in Dresden, with Binghai Yan co-affiliated at ShanghaiTech University, was combined with surface physics research of the University Kaiserslautern (department of Physics and State Research center OPTIMAS). To prove a new theoretical prediction by Binghai Yan and the Dresden team, the Kaiserslautern team has used a unique photoemission technique, momentum-resolved two-photon photoemission, which allows us to measure the electronic structure in momentum space both below and above the Fermi energy. By combining an optical parametric oscillator laser system with a modern momentum microscope, it was feasible to map the dispersion of the surface states and to confirm experimentally their topological nature.

The discovery not only opens a pathway to new quantum materials, it will also initiate a discussion about the role of topological surfaces states in surface-related processes, such as adsorption and catalysis. Binghai Yan comments “I am fully convinced that the robust surface state in topological materials should positively influence catalysis. We will use this concept to search for new and sustainable materials than noble metals! ”