Making an eye for you 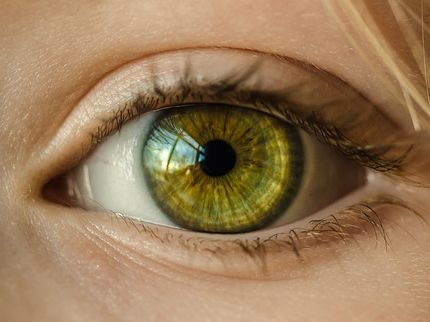 If you want to build an organ, such as for transplant, you need to think in 3D.

Using stem cells, scientists for some time have been able to grow parts of organs in the lab, but that is a far cry from constructing an actual, fully-formed, functioning, three-dimensional organ.

For students of regenerative medicine and developmental biology, this is why understanding how cells bend and move to form organs and bodily tissue is a hot topic.

And now a team at Kyoto University's Institute for Frontier Life and Medical Sciences have gained new understanding into how cells undergoing mechanical strain create the spherical structure of the eye.

The team has found that individual cells together form a primordial, cup-like structure -- an 'optic cup' -- by sensing mechanical forces resulting from the deformation of the entire tissue.

"In the past, we succeeded in making the optic cup by culturing embryonic stem -- ES -- cells. To form a sphere, the tissue needed to first protrude from primordial brain tissue and then invaginate inside," explains first author Satoru Okuda.

"But how individual cells sensed and modulated themselves to form that shape had been unclear."

The team developed a computational simulation that calculates the formation of three-dimensional tissue structures. Using this knowledge and past experimental data, they constructed a virtual precursor-eye and were able to predict the physics driving the sphere-forming cells.

Their findings show that during optic cup formation, a cell differentiation pattern -- pushing cells into the cup shape -- is generated, causing a portion of the cells to spontaneously fold into the tissue. This force caused by 'self-bending' propagates to the boundary region, where other cells sense the strain.

"The combination of the tissue deformation and the strain on the boundary of the optic cup generates a hinge that further pushes the bending cells," continues Okuda, "leading to the cup-like structure."

"The next step was to verify this prediction using actual ES cells."

Utilizing mouse ES cells in culture, the team applied mechanical strain on specific points and were pleased to detect the calcium responses, mechanical feedback, and cell shape changes they had predicted in the simulations.

These findings reveal a new role for mechanical forces in shaping organs, which is crucial in forming complex tissues, even in a petri dish. The team will continue to investigate these forces, seeking to continue advancing the field of regenerative medicine.

"While our research shows the possibility of controlling the shapes of organs made in vitro -- using appropriate mechanical stimulation based on prediction -- current techniques are still limited," concludes lead scientist Mototsugu Eiraku.

"We hope to improve the predictive accuracy of our simulations and recreate more complicated tissues and organs in the future."