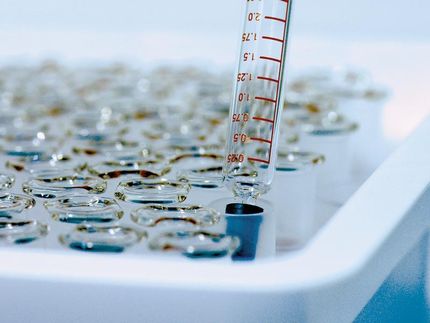 Since as early as the 1950s, toxic chemicals such as formaldehyde have been used to inactivate pathogens for so-called killed vaccines (e.g. to fight influenza, polio or hepatitis A viruses). This procedure, which has barely changed since, marked a milestone in infection biology at the time, however it is still subject to various limitations to this day. The chemical treatment, which can last several weeks, also destroys some of the pathogens' surface structures that the immune system could use to recognize and attack following infection. Drugs manufactured in this way either have to be administered in high concentrations or have to be boosted at regular intervals in order to offer sufficient protection – a fact that hampers their use in poorer and structurally weak countries.

“Inactivation by means of low energy electron irradiation could well be the next major milestone in vaccine research,” remarks Project Manager Dr. Sebastian Ulbert from Fraunhofer IZI, summing up the advantages of the new technology. The Fraunhofer consortium has been working for three years on this alternative technology for inactivation through application of low energy electron irradiation. The project results show that the technology is fundamentally applicable to an entire spectrum of different types of virus (e.g. polio or influenza) as well as other kinds of pathogen (bacteria, parasites). Irradiation destroys the genetic substance the viruses need to multiply. Unlike chemical inactivation using formaldehyde, the structural proteins (antigens) that are vital to the immune response remain intact. The hope is that this enables to the body to form much more specific antibodies against the pathogens, keeping it better protected. Ultimately, lower doses may be able to be used in vaccinations.

With a grant of USD 1.85 million, the Bill & Melinda Gates Foundation is now funding the application of the irradiation technology in order to develop a new polio vaccine.

Fraunhofer FEP and Fraunhofer IPA are jointly developing the basic design of a prototype for an automated irradiation installation. This experimental unit should be installed at Fraunhofer IZI in Leipzig by autumn 2018. In this way, a novel, compact, and highly efficient technology for producing safe economical vaccines will be developed through the application of low-energy electron radiation. The Fraunhofer IGB is working in collaboration with the Fraunhofer IZI on the manufacturing and immunological characterization of the pathogens.