Recipe from the nanoworld for cleaner drinking water 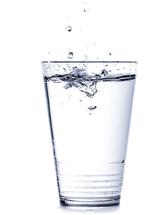 Too much manure, too much fertilizer: In many places in Germany, intensive agriculture is endangering water quality. The nitrate levels in groundwater are too high. A research team at Jacobs University led by the Chemistry Professor Ulrich Kortz has now discovered a new way in the lab to reduce nitrate contamination in water – with the help of so-called polyoxometalates, in short: POMs.

POMs are creatures of the nanoworld. These are molecular metal-oxygen compounds that are created in the lab by reacting various substances in water, usually under surprisingly simple conditions. The Chemistry professor Ulrich Kortz and his team are world experts in the synthesis of novel POMs. Kortz speaks of discovering the “magic recipe” when trying to prepare a new POM which is robust and displays solution stability.

In this concrete case, the researchers worked on a particular POM with an empty cavity in its structure. They filled this vacant spot systematically with various metal atoms and then tested how the POMs enriched in this way influence the electrocatalytic decomposition of nitrate in water. The results demonstrated that the POMs containing cobalt and zinc showed no great effect. Incorporation of copper or nickel, however, proved to be extraordinarily effective: The nickel–containing POM lowered the nitrate content by a factor of 4; the copper-containing POM by an astounding factor of 50.

Basic researcher Kortz speaks of a “highly interesting result.” He also has high hopes for this methodology for another reason: nitrate reduction using POMs emits less carbon dioxide than conventional methods, making it more environmentally friendly. Further testing will now be done to determine whether and how the method can be implemented in everyday use to achieve the desired results.

Nitrate contamination in groundwater is a problem in Germany that has been known for a long time. According to the 2016 Nitrate Report by the German Federal Government, nearly one-third of the measuring points for groundwater quality show too high nitrate values. This is due to the excessive use of nitrogen fertilizers in agriculture. If the nitrate level in groundwater is too high, it has to be diluted for use as drinking water, or the nitrate has to be reduced/eliminated by technological means. The allowed threshold concentration is 50 milligrams per liter.