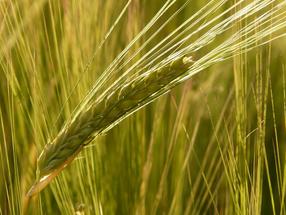 A ten-nation consortium has reported the first high-quality reference genome sequence of barley, a cereal crop that is used around the world as animal fodder. Moreover, malted barley grains are the raw material for popular beverages such as beer and whiskey. The barley genome was sequenced and asembled using an array of state-of-the-art methods, taking ten years. For the first time, scientists can now locate all genes precisely in the genome and analyze complex gene families that play a key role in the malting and resilience. The barley genome sequence also highlighted regions vulnerable to genetic erosion and will help breeders recover genetic diversity in their crop improvements efforts.

Developing climate-smart and pathogen-resistant crops is the key current challenge of plant breeding. Sequencing the genome sequence of a crop reveals detailed information on the location, structure and function of its genes and thus provides useful knowledge for breeding programs to boost crop improvement.

Ten years ago, the International Barley Genome Sequencing Consortium (IBSC) set out to assemble a complete reference sequence of the barley genome. At that time, this seemed a daunting task: the barley genome is almost two times larger than the human genome and 80 % of it is composed of highly complex repeat structures. Now researchers report the outcome of their joint work in the journal Nature.

The past decade saw many advances in sequencing technology and computational algorithms that helped the barley sequencing consortium to produce a nearly complete high-quality reference sequence of the barley genome. “Sequencing and assembling the barley genome was a truly international collaboration”, says Nils Stein, researcher at the Leibniz Institute of Plant Genetics and Crop Plant Research (IPK) in Gatersleben, Germany. Stein has been coordinating IBSC since 2008 and is grateful for the support the consortium has received: “Our thanks go to the public and private funders who believed in the success of our project and have sustained our research over the past ten years”.

“Generating and analyzing all the sequence data and complementary resources kept teams around the world – in Germany, the UK, China, Australia, Czech Republic, Denmark, Finland, Sweden, Switzerland, and the USA – busy for a decade”, explains Guoping Zhang, a professor at Zhejiang University in Hangzhou China. The final raw data set included 2.5 terabases in the form of fragmented short sequence reads. Bioinformatics was key to stitching the pieces and construction of a fully ordered sequence assembly. “We used chromosome conformation capture and Bionano optical mapping, two new technologies that can reconstruct the linear order of sequences from the three-dimensional structure of the genome in the nucleus or images of labelled long DNA molecules”, says Martin Mascher, a scientist at IPK Gatersleben and lead author of the Nature paper. All datasets and computational methods have been deposited in public archives and described in a Data Descriptor in the journal Scientific Data.

Manuel Spannagl from the Helmholtz Zentrum München, who led the annotation of genes, points out: “The barley genome contains more than 39,000 protein-coding genes, many of them present in multiple copies”. In addition to complex gene families, the barley genome abounds with transposable elements: “These pieces of ‘selfish DNA’ have invaded plant genomes for millions of years, and it seems that in barley some elements evolved a preference for specific regions of the genome”, explains Heidrun Gundlach an international expert on repetitive DNA in plants working at the Helmholtz Zentrum München.

A better understanding of malting genes

Alcoholic beverages made from malted barley have been known since the Stone Age and some even consider them as one of the reasons why humankind adopted plant cultivation. During malting, amylase proteins decompose starch in germinating grains into fermentable sugars. “It has been known for over twenty years that that there are many genes in the barley genome that code for amylase, but until now, we were unable to determine the exact number because some copies are very similar to each other,” explains Chengdao Li, the Director of Western Barley Genetics Alliance at the Murdoch University in Perth, Australia. Only with the help of the genome sequence could the amylase genes be clustered on the chromosomes and the individual copies be compared. Ilka Braumann, a scientist at the Carlsberg Research Laboratory in Copenhagen, is intrigued by the unexpected evolutionary dynamics of these malting-related genes: “It came as a great surprise to us that there is lots of structural variability in the largest amylase gene cluster, even between elite malting barleys.”

Barley was domesticated between 10,000 and 12,000 years ago in the Fertile Crescent and has since spread across all temperate regions of the world. The processes of domestication, local adaptation and modern breeding have been accompanied by intense selection pressures that have reduced sequence diversity in the genome. In barley and other cereals, huge regions of the genome are inherited as a single block, suppressing the reassortment of alleles into new combinations. The team of Robbie Waugh at the James Hutton Institute in Dundee, Scotland used the reference sequence to assess genetic diversity in modern elite varieties along the genome. Prof. Waugh describes their findings: “The barley genome sequence enables us, for the first time, to grasp the full extent of the non-recombining regions, and highlights the need for clever approaches to introduce beneficial alleles from exotic genepools to counteract genetic erosion.”

The barley genome sequence is now accessible to the scientific community and private breeding companies for genetic analyses. Andreas Graner, head of the German Federal ex situ Genebank at IPK Gatersleben, is excited about the new sequence assembly: “The reference genome sequence will help us understand the genetic diversity of the 22,000 barley accessions in our collection and guide their targeted utilization to recover lost diversity.” The long-term goal of these efforts is to breed a barley crop that can maintain high yields in a changing environment to safeguard global food security.

Cereal grasses of the Triticeae tribe have been the major food source in temperate regions since the dawn of agriculture. Their large genomes are characterized by a high content of repetitive elements and large pericentromeric regions that are virtually devoid of meiotic recombination. Here we present a high-quality reference genome assembly for barley. Chromosome conformation capture mapping was used to derive the linear order of sequences across the pericentromeric space and to investigate the spatial organization of chromatin in the nucleus at megabase resolution. The composition of genes and repetitive elements differed between distal and proximal regions. Gene family analyses revealed lineage-specific duplications of genes involved in the transport of nutrients to developing seeds and the mobilization of carbohydrates in grains. We demonstrate the importance of the barley reference sequence for breeding by inspecting the genomic partitioning of sequence variation in modern elite germplasm, highlighting regions vulnerable to genetic erosion.

It will facilitate positional cloning, provide a better contextualization of population genomic datasets, and enable comparative genomic analysis with other Triticeae in non-recombining regions that have been inaccessible to analysis of gene collinearity until now. The exciting methodological advances in sequence assembly and genome mapping have enabled even large and repeat-rich genomes to be unlocked and hold the promise of constructing reference-quality genome sequences, not only for a single cultivar, but for representatives of major germplasm groups.