Identifying faecal bacteria by their DNA 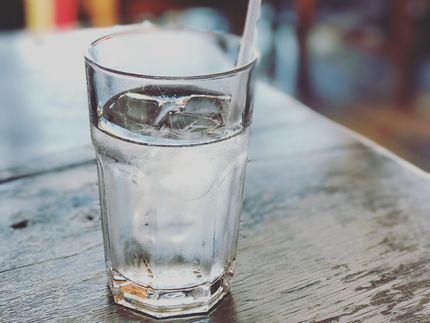 In a project supported by the Austrian Science Fund FWF, the microbiologist Andreas Farnleitner is looking at new methods for analysing faecal pollution in water. Using DNA analytics, the scientist aims to develop comprehensive and simple methods to determine the extent and origin of faecal pollution.

In 2015, the United Nations formulated 17 objectives for sustainable development. One of these objectives is to provide all people with access to clean water. At present, the water available to at least 1.5 billion people is polluted with faeces. This may produce serious illnesses such as cholera – some 500,000 people fall ill because of consuming polluted water each year. The goal is to solve this problem by 2030, but it is often difficult to put the right measures in place, because the source of the pollution cannot be detected using currently available tests. In a project funded by the Austrian Science Fund FWF, a group led by Andreas Farnleitner from the Technische Universität Wien (TU Wien) and the Karl Landsteiner University of Health Sciences in Krems intends to change that by research into developing more accurate and faster analytical methods for water.

A method more than 100 years old

“For the past 120 years, faeces have been detected in water on the basis of the intestinal bacterium Escherichia coli. It lives in the intestines of animals and humans, and it is relatively simple to detect it in water”, says Farnleitner in the interview with scilog. “You filter the water and put the filter on a petri dish. If Escherichia coli is present, it will start to grow and form easily visible colonies the next day. This is the traditional method used, conditioning all standards worldwide.” According to Farnleitner, however, this essential standard method no longer suffices. “For one thing, the test does not tell us the source of the contamination. Is it animal or human? Domestic or wild animal? Today you also want to be able to draw conclusions about the health risk.” In and of itself, the Escherichia coli bacterium is harmless and not all faeces contain dangerous microbial agents. “We need methods to assess what types of faecal pathogens might be present in the water”, explains Farnleitner.

Identifying faecal bacteria by their DNA

In several projects funded by the FWF, Farnleitner conducts research into new detection methods for faecal microbial contamination in water resources. He concentrates his efforts on populations of intestinal bacteria that could not be detected in the past, so-called “abundant host-associated bacteria”. “Actually, Escherichia coli bacteria only play a supporting role in the intestines. Other bacteria are found in much higher amounts, higher by several orders of magnitude even, but, unlike Escherichia coli, they cannot be cultivated by means of standard processes.” It is possible, however, to detect those bacteria directly by means of their DNA. “In principle, it is a bit like using DNA analysis in criminal investigations. We analyse the DNA of faecal bacteria that are relevant for our purposes.”

Finding out just which bacteria are relevant for such an analysis is at the centre of one ongoing FWF project. In order to find the answer, Farnleitner analyses the faeces of a wide variety of domestic and wild animals, including birds, reptiles, amphibians and fish, as well as soil specimens, in order to draw up a database of the microorganisms found there. “We have built the faecal database which by now includes excretions from more than 450 different animals, in order to get a first impression of the diversity and the differences of bacterial populations between the various faecal contamination sources.” In the sampling, which was conducted worldwide, the researchers were assisted by veterinarians in a team led by Chris Walzer and Gabrielle Stalder from the University of Veterinary Medicine, Vienna.

Distinguishing groups of animals on the basis of their faecal bacteria presented the research group with new challenges: “It is a more complex undertaking than we thought. First of all we established that the faeces of ruminants are very different from the rest. This was to be expected because their digestive system works differently. It is nice to see that this fact is reflected in their intestinal microbiome.” Among other issues, the project concerns the question of “co-evolution”. Some intestinal bacteria developed together with their host and are characteristic of that organism. They are like a fingerprint for the respective group of animals. This is exactly what Farnleitner’s team is looking for. So far they have analysed 23 million DNA sequences – a number that represents a challenge for current bioinformatics methods. The molecular biologist Georg Reischer is in charge of sequence analysis, supported by the group of Prof Ruth Ley at the Max Planck Institute in Tübingen, Germany.

“In the future we will be able to use the outcome for field tests and rapid detection methods that work outside in the open air, using simple tools. All over the world, people are working on developing such intelligent detection tools”, says Farnleitner. “A race was started 10 years ago in the USA, where new regulations were introduced. If you have problems with water quality in the US, you also have to specify their source. This development is going to revolutionise the analysis of water quality”, concludes Farnleitner. Now, after almost 150 years, the door is open for progress.