More than “keeping a lab notebook”

Before a medicine can be approved for clinical trials, it is subjected to a tightly regulated development process monitored by the relevant bodies. And for good reason: the turmoil surrounding the drug thalidomide and the cases of fraud in toxicological drug testing exposed by the US Food and Drug Administration (FDA) regulatory agency in the 1970s both gave rise to a demand for a regulatory framework designed to guarantee the reliability and recognition of the results obtained in such trials.

The ABC of GxP

As well as the pharmaceutical industry itself, companies in the life sciences sector, and in the food, chemicals and cosmetics industries must also follow the regulations set out by what has come to be known as “good working practice” (GxP).

The GxP regulations serve the purpose of quality assurance and thus protect the patient and/or consumer by encouraging prevention-oriented improvements in product quality.

The scope of application for GxP guidance (fig. 1) covers fields as diverse as good laboratory practice (GLP), good clinical practice (GCP) and good manufacturing practice (GMP). In the EU, these quality management systems guarantee the use of traceable processes and compliance with the very highest standards of quality, from the development and approval of a drug right through to its final production. Preclinical trials have the task of first establishing the safety of the active ingredient (as regulated by the GLP framework) before the drug can then be tested in a clinical trial in patients (regulated in turn by the GCP framework). The production of the approved drug must then comply with the standards of GMP. 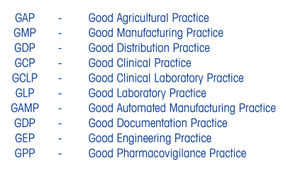 As well as governing the collection of pivotal safety data for the active ingredient contained in a drug, the standards for good laboratory practice are also applied to the non-clinical safety testing of substances in veterinary drugs, cosmetic products, food and feed additives, pesticides, biocides and industrial chemicals.
The substances defined as “test items” by GLP can either stem from a synthetic/chemical source or – equally – be of a natural or biological origin. The aim of GLP testing is to demonstrate the harmlessness of the test items for humans and the environment. The GLP regulations thus constitute a quality assurance system that enables the tracking of “who did what, when, how and with which tools/methods” for each step of a safety testing procedure.

Nor is GLP merely a method for “keeping a detailed lab book”. The core articles of GLP – anchored in the German Chemicals Act (Annex I to Section 19a, para. 1) – define conditions for personnel and physical space, test facility infrastructure, details of planning, execution and reporting on a GLP test, requirements for the equipment, reagents and materials used, as well as the retention and archiving of all documentation and test items relevant for the test.

The European Medicines Agency (EMA) and the US Food and Drug Agency both play a major role in defining the actual GLP directives themselves. In Germany, they are monitored and audited by state-level regulators. 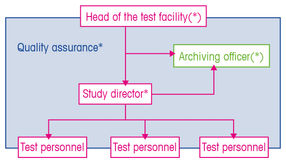 Fig. 2 Organisational chart for a GLP test facility. GLP sets out a clear-cut staffing structure that includes the head of the test facility, the study director and test personnel. Quality assurance and the archiving officer work as independent roles.* A mandatory deputisation policy is required for a number of positions.

In business practice, the required standards present a challenge in terms of the cost-effectiveness and acceptance of a GLP test facility. While personnel requirements initially seem very high, they are nonetheless necessary, since every function within GLP must be replaceable without any restrictions or overlapping of functions. Personnel trained in GLP and their respective deputies must be provided for (fig. 2). This personnel ranges from the GLP study director, who is responsible for the planning, implementation as far as the final GLP test report and bears responsibility for compliance with GLP regulations, the test personnel who conduct testing and are responsible for the quality and reliability of the data, and the quality assurance team, which monitors conformity with GLP-compliant execution of a test procedure. Division of authority also applies: work steps or documents are always carried out and/or released by at least two individuals. Standard operating procedures (SOPs) must be created, which unambiguously describe the performance of test procedures, the operation of equipment and the creation of the SOPs themselves. In this way, non-specialist staff would be capable of carrying out the instructions – even if this is not actually permitted within the GLP framework. Other materials may include forms and checklists, with which dated signatures can be captured, so as to ensure that the work steps have actually been performed in accordance with the SOPs.

The items of equipment used in GLP testing must also have been calibrated and qualified. The environmental conditions – e.g. as provided by lab rooms, cold stores or incubators – must be documented, so as to exclude deviations from predefined conditions in SOPs. This procedure is essential in order to ensure the transparency of the execution process and the reliability of the data collected. In “normal” – i.e. uncertified – day-to-day lab work, deviations of over ten percent from the target temperature of a thermocycler (fig. 3), in the individual cavities or at various levels within a cooling unit are not uncommon, for example. The impact of these deviations on trial results (defined as “raw data” within GLP) can be momentous. 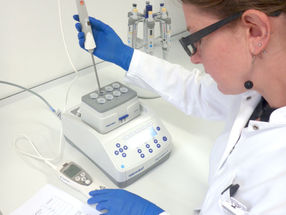 Fig. 3 Qualification of a thermocycler. Equipment used within GLP must be both calibrated and qualified.

The first group comprises gene therapy treatments, where the drug contains a recombinant nucleic acid or regulates a nucleic acid sequence. Groups 2 and 3 comprise cells or tissue whose substance has been processed for its clinical application or whose function in the recipient is not the same as its function in the donor. While the pharmacolo­gical, immunological or metabolic effects of somatic cell gene therapy are used for the treatment, prevention or diagnosis of diseases, biotechnologically processed tissue products act to aid the regeneration or restoration of human tissue – or serve to replace it.

With Regulation 1394/2007 EC, EU law-makers have given ATMPs the same status as conventional medicines. Accordingly, non-clinical safety testing is also required as part of the approval process for gene therapy products, somatic cell treatments and biotechnologically processed tissue products. In accordance with Directive 2001/83 EC, this testing must meet the quality standards of good laboratory practice. An adaptation of the GLP regulations is therefore required. Cell identity and purity, cell migration and in vivo stability, as well as the potential for tumour formation are just some of the issues requiring clarification in GLP-compliant testing, and require a new generation of GLP test facilities.

An example is offered by the Translation Centre for Regenerative Medicine (TRM), based in Leipzig.
The TRM is an interdisciplinary research centre that develops advanced diagnostic and therapy processes for regenerative medicine, and translates these into medical practice.

The internal test facility, an elementary component for the translation into practice, will soon be submitting an application for GLP certification. In line with the Centre’s profile, the test facility has been specifically oriented on the performance of GLP-compliant pre-clinical ATMP safety testing over the last few months and is now already offering its service to external partners as well as internal research laboratories (fig. 4). To complement in vitro testing, in vivo trials in small and large animals in accordance with GLP regulations are soon to become part of the test facility’s portfolio.