Alzheimer's: searching for a way out

Although the discovery of Alzheimer's disease now lies over a century in the past, the crucial events that influence the course of the disorder remain largely unknown. For some time now, researchers have been turning their attention to the tau protein, long known to be a component of deposits found in the brains of Alzheimer's patients.

Alzheimer’s is the most common form of dementia and is a progressive, irreversible neurodegenerative disease that typically occurs in individuals from the age of 65 onwards. Patients suffer most from memory loss and severe impairment of cognitive function, which often manifests itself in problems with simple, day-to-day activities such as walking or swallowing. In Germany, 1.2 million people are affected by dementia and the number of patients is steadily increasing. The associated cost factor for the state and for relatives is also enormous. Despite of a number of promising studies, no new medications or effective vaccine against Alzheimer’s have been found. In all cases, initial euphoria was replaced by the sober realization that researchers had underestimated the complexity of the disease and failed to consider essential aspects.

A clinical picture of misfolded proteins

The brains of Alzheimer’s patients characteristically ­exhibit two unusual, misfolded structures, which occur in profusion in parts of the brain important for memory. One type of structure that occurs in dementia is called “senile plaque”, which consists of extracellular deposits of a protein fragment known as β-amyloid. These fragments play an important part in information processing within the brain and also have antimicrobial properties. In Alzheimer’s patients, however, they are present in large numbers. When a direct link between a mutation of the amyloid precursor protein (APP) – a metabolic precursor of β-amyloid – and Alzheimer’s was established in 1991, researchers started to favor the “amyloid cascade” theory as an explanation for Alzheimer’s disease [1 – 4]. The theory is based on the hypothesis that amyloid-β malfunctions are the causative factor for the disease. Research therefore focused strongly on developing drugs capable of degrading amyloid-β, several of which were tested in clinical trials. Yet these initially promising compounds – such as the antibodies Solanezumab (Eli Lilly), Bapineuzumab (Pfizer) and Crenezumab (Genentec) – failed to live up to expectations, causing severe (and sometimes fatal) side effects in test subjects. As a result, there are still no effective drug-based treatments for Alzheimer’s that work by targeting β-amyloid alone. Researchers were therefore forced to accept that Alzheimer’s and other forms of dementia are highly complex disorders that cannot be cured by the clearance of senile plaques alone. This idea was further strengthened by the observation that around 30 % of healthy seniors also exhibit senile plaque formation to a greater or lesser extent. Although a clinical description of Alzheimer’s disease would certainly be incomplete without mentioning the pathological role of β-amyloid, modern research has turned its focus on the second key compound found in misfolded proteins – the tau protein. 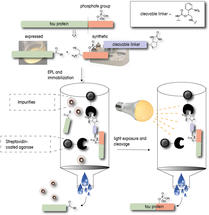 Fig. 1 A schematic diagram of the semi-synthesis of tau and subsequent purification via a photocleavable biotin tag

The second structural feature of Alzheimer’s are deposits of neurofibrillary tangles in the brain, consisting largely of tau proteins. As illustrated by the main photo [5], these neurofibrillary tangles can be made visible by using specialized staining techniques, in this case the Gallya-Braak stain. Normally, tau exerts a stabilizing effect on the neuronal network. It promotes the formation and stabilization of structures known as microtubules, which are responsible for the transport of essential nutrients and neurotransmitters from the cell body along the axon. One key challenge researchers face is the identification of highly toxic forms of the tau protein. This has led to the discovery of the pathological tau mutation P301L, for example, which leads to the formation of neurofibrillary tangles and dementia phenomena. One treatment approach for these aggregated tangles is the drug LMT-X (TauRX Therapeutics). The methylene blue derivative, LMT-X, is capable of limiting or even breaking up tau aggregation and is now undergoing Phase III clinical trials.

One key observation made during the study of misfolded tau proteins in neurofibrillary tangles was that they were modified by an abnormally high level of phosphate groups, which act to compromise the natural function of tau protein. The theory here is that tau, due to mutations or this state of “hyperphosphorylation”, disassociates from the microtubules, is thus no longer able to stabilize them and instead becomes aggregated with other disassociated tau molecules. This leads to a disintegration of the neuronal transport system and the neurons lose their ability to communicate with one another [6]. An alternative approach to dissociating aggregates as the basis for new Alzheimer’s drugs is the identification and elimination of pathological phos­phorylation patterns for this protein. 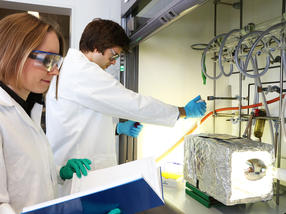 Fig. 2 A strong light source is required in the final purification step.

Chemistry takes over where biology leaves off

If we now wish to investigate the tau protein in terms of highly-specific phosphorylation sites, the conventional enzymatic approaches typically used in biology for decorating proteins with local phosphate groups reach their limits. Instead of providing homogeneously phosphorylated tau proteins, they deliver a wild hetero­geneous mixture that cannot be used in the investigation of local phosphorylations [7–10]. This method is also known as “protein semi-­synthesis”, since it involves one part of the protein being created in bacteria and another part synthetically in the lab. Both parts are then linked together using a chemical reaction, a process referred to as native chemical ligation (NCL). To obtain high-purity, specifically 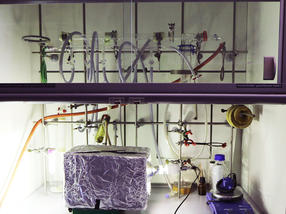 Fig. 2 A strong light source is required in the final purification step.

phosphorylated tau proteins, photocleavable linkers can be used in combination with biotin to purify the tau protein, since these linkers generate neither chemical residues nor by-products (see Fig. 1). In this process, the protein mixture is immobilized on agarose using the powerful biotin-streptavidin interaction and all other impurities can be removed. The agarose is then exposed to a strong light source (see Fig. 2), which cleaves the biotin moiety and leads to the release of the desired ligated protein. The advantage of this method is that this photocleavable linker is traceless: At the end of the process, one obtains the natural protein that contains only the desired phosphorylation. This technique has recently been established by the research group of Professor Christian Hackenberger at the Leibniz Institute of Molecular Pharmacology (FMP) and Humboldt-Universität zu Berlin [10, 11]. This breakthrough in the design of modified tau proteins permits researchers to conduct more precise investigations into the influence of specific phosphorylation patterns in tau, and analyze their impact on structure, functionality and aggregation behavior. One especial focus here is the identification and research of phosphorylation types relevant for the disease, as identified post mortem in Alzheimer’s patients. The chemical synthesis of tau protein is the decisive element in this strategy, and scientists hope to utilize this kind of research to develop new active substances and diagnostic procedures capable of making a valuable contribution to tackling Alzheimer’s disease with the help of chemistry.