How the Avogadro constant was measured for the last time

Since the 20th of May 2019, the mass unit kilogram is no longer defined by the international prototype of the kilogram but by the numerical value of the Planck constant, the most important fundamental constant in quantum physics. For this definition, the Planck constant needed to be measured with the greatest possible accuracy by two independent methods. One of these is the so-called Avogadro experiment in which the atoms of a silicon crystal are counted in order to determine the Avogadro constant. In the revised International System of Units (SI), the numerical value of the Avogadro constant defines the mole, the unit for the amount of substance.

From 1889 to the 20th of May 2019, the unit of mass, the kilogram, was defined by a PtIr cylinder stored in a safe at the International Bureau of Weights and Measures (BIPM) in Sèvres, near Paris. For many years, there have been calls to use a natural constant to improve this definition so that it could, at least in principle, represent the unit of mass anywhere in the world. The International Committee for Weights and Measures (CIPM) eventually decided to use the Planck constant. However, to change the definition in this way, the numerical value of the Planck constant had to be determined with sufficient accuracy within the previous unit system for a last time. To do so, two independent methods were used: the Kibble or watt balance and the Avogadro experiment [1]. 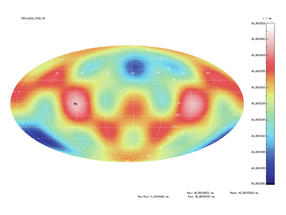 Fig. 1 Topography of a sphere of isotope-enriched silicon; the maximum deviation from the ideal spherical shape is less than 50 nm.

The Avogadro experiment “counts” the number of atoms in a silicon sphere by using a trick [1, 2]: it measures both the volume occupied by a single silicon atom in the crystal and the volume of the silicon sphere as a whole. The quotient of these volumes thus reveals the number of atoms in the sphere (see Info Box). The volume of the atom is measured by combining the interferometries of X-ray and optical radiation, with the X-ray radiation serving only to detect the lattice planes in the crystal and the optical laser measuring the actual lattice plane distances. To obtain the volume of the sphere, a complete topography of the sphere’s shape (Fig. 1) is created. This is done interferometrically, whereby more than 500,000 values of individual diameters are measured.

To calculate the Avogadro constant, i.e. the number of particles in one mole, the molar mass of the sphere’s silicon still has to be determined. To do so, the proportions of the different silicon isotopes are ascertained. In natural silicon, the stable isotopes 28Si, 29Si and 30Si occur at levels of about 92 %, 5 % and 3 %, respectively. Unfortunately, the isotope content in natural silicon cannot be measured accurately enough, which is why isotope-enriched silicon is used for high-accuracy measurements. Such isotope 28Si enriched material is produced and purified in Russia in elaborate processes [3]. The monocrystal is then grown in the Leibniz Institute for Crystal Growth (IKZ) in Berlin (Fig. 2). So far, four monocrystals have been produced, from which a total of eight almost perfect spheres, each with a mass of one kilogram, were polished (see Fig. 3). 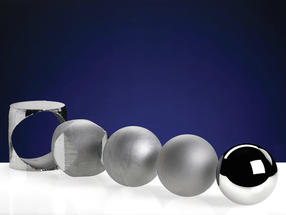 The mass of these spheres – traceable to the international prototype of the kilogram (IPK) – is determined with utmost precision in a vacuum. Because the mass of the sphere and the number of atoms are known, so too is the (average) mass of an atom in the sphere. Such spheres can then be used to realize the kilogram in the new unit system, with the mass of the sphere being calculated from the measured values for the volume, the lattice parameter and the molar mass [1, 2]. In addition, a few minor corrections have to be made to, for example, take into account that the air causes a very thin oxide layer to form on the surface of the sphere. Also, the crystal is not absolutely perfect but contains a tiny amount of impurities. These used to be taken into account when the Avogadro constant was measured; henceforth they will be when the kilogram is realized.

Calculation of the Planck constant

The Avogadro experiment actually only determines the number of particles in a mole as well as the mass of a silicon atom. However, there are other measurements that link the Planck constant to the mass of an atom or an electron, enabling the Planck constant to be calculated from the Avogadro constant using the very accurately known relative atomic masses (see Info Box). This is how the values of both the Avogadro and Planck constants were determined in an international project, the International Avogadro Coordination (IAC) Project, with a relative standard uncertainty of only 1.2 x 10–8 [2]. 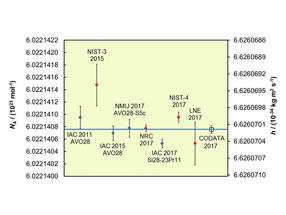 Fig. 4 The measurement results for the Avogadro and Planck constants that were used to fix the “defining constants” for the mole and the kilogram. Red dots: Measurements with Kibble balances; Blue dots: Avogadro experiment; Square: Mean value. The uncertainty bars apply to the standard uncertainty.

The other method, the Kibble balance (also known as watt balance), uses electrical measurements and two quantum effects, the Josephson effect and the quantum Hall effect, to measure the Planck constant [1]. The best measurement values ​​of both methods were selected to calculate and define the numerical values ​​of the two constants (Fig. 4) [4]:

The Consultative Committee for Mass and Related Quantities (CCM) and the CIPM decided that the generated measurement results were sufficient to freeze the constants and introduce the revised system of units. However, some measurement results still deviate a little too much, so for a transitional period the CCM decided to use an international consensus value to represent the kilogram, which will be determined by key comparisons of the existing experiments.

On the 16th of November 2018, the 26th General Conference on Weights and Measures (CGPM) adopted an important revision of the International System of Units, the SI. The kilogram is now determined by the numerical value of the Planck constant (as well as the units second and meter) and the mole by the numerical value of the Avogadro constant. By using a fundamental constant instead of a PtIr cylinder, the kilogram will remain absolutely stable in the long-term. The definitions no longer contain any specifications as to how the units are realized from the “defining constants”. As a result, the new definitions are now open to all appropriate methods and allow progress in accuracy and application scope. Since there is no longer a focus on a particular value on the scale, any mass value can be measured directly, i.e. by using the defining constants. This is particularly helpful for small masses of less than a milligram. Even atomic masses can now be stated with great accuracy in the unit for mass, the kilogram. 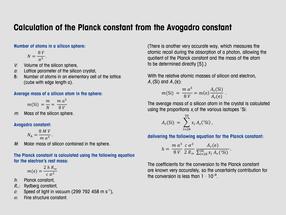 Calculation of the Planck constant from the Avogadro constant

1 kg Redefinition: Everything different, nothing changes

A new definition of the kilogram was necessary, in order to ensure the measurement unit is independent from a physical object. (…)