A fundamental change in the International System of Units

The 20th of May 2019 is a special day. From that day on, the old definitions of what a kilogram, a mole, an ampere and a kelvin represent, are history. The future of the International System of Units will see natural constants play the star roles.

The days are over when a small metal cylinder, safely locked away at the International Bureau of Weights and Measures (BIPM) in Sèvres near Paris, represented the kilogram for the entire world, and when a very specific isotopic mixture of water had to be produced in order to define temperature as a unit. The International System of Units (Système international d`unités, SI for short), which originated during the French Revolution and has been advanced ever since, has undergone a fundamental change as a consequence of the 26th General Conference on Weights and Measures (CGPM) in November 2018: selected natural constants, including the speed of light, Planck's constant and the Boltzmann constant, will define all units in the future. 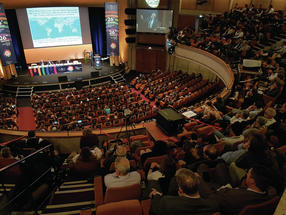 Abb. 1 The 26th General Conference on Weights and Measures in Versailles, November 2018

A main reason for the paradigm shift were the shortcomings of some definitions in the unit system, in particular that of the kilogram. The physical kilogram prototype and its copies showed a mass drift in the magnitude of half a microgram per year – a phenomenon that remains little understood and is unsustainable in the long run. The solution to this problem cannot be better man-made artifacts or more expedient experimental procedures. We would, at best, be kicking the can down the road. Instead, the approach was to use something truly stable and unchangeable. And that something turned out to be natural constants. They appear in the fundamental equations of physics as proportionality factors and thus determine the rules of nature. The concept of natural constants was previously implemented to define other units: the second (since 1967), the meter (since 1983) as well as transitionally (since 1990) the ohm and the volt. In addition to the inherent stability that the concept provides, it has proved to be very forward-looking and completely open to innovation, the other very important reason for the changes. Abb. 2 Spherical interferometer: the diameter of the silicon sphere lying in the middle is measured with extreme accuracy.

In order to make the transition as smooth as possible and to avoid any hikes, the appropriate constants were measured one last time and as accurately as possible in extremely complex experiments – this, of course, still in the old system of units. By July 2017 all the measurements had been successfully completed (clear target lines had been agreed). The 59 member states of the Meter Convention then decided that the selected natural constants should henceforth be used to define the units. On May 20, 2019, the new definitions took effect.

This approach turns around what was before. The system of units used to be predetermined, allowing the natural constants to be measured in this system. (This led to the ironic expression that the official values ​​of these natural constants were in fact variable and had to adapt to the existing measurement techniques.) Abb. 3 The world's roundest object: an almost perfect single-crystal silicon sphere as a realization of the new kilogram definition

Now, however, the values ​​of some natural constants have been frozen after being measured one last time with as great a precision as today’s best technologies allow. In a kind of transformation of coordinates, all units can now be represented as combinations of natural constants by applying the generally accepted equations of physics. This is not without precedence: the unit for time, the second, relates to an electron transfer in the cesium atom, the meter to the speed of light and the electrical units volt and ohm to ratios of elementary charge to the Planck constant. By setting fixed values for a sufficient number of natural constants, other units could now be defined. For example, the kilogram is now very closely linked to the Planck constant, the kelvin to the Boltzmann constant and the ampere to the elementary charge. (For a complete representation, additional constants needed to be added in each case).

Now that the natural constants really are constant, our unit system has become the most stable and reliable base imaginable. The units are universal in a literal sense: in principle they apply throughout the entire universe as we know it.

The idea of defining the units as universally as possible is not new but came up in the late 19th century. Around 1870, James Clerk Maxwell had the magnitude of atoms in mind when he said:

“If, then, we wish to obtain standards of length, time, and mass which shall be permanent, we must seek them NOT in the dimensions, or the motion, or the mass of our planet, but in the wave-length, the period of vibration, and the absolute mass of these imperishable and immutable and perfectly similar molecules.”

(James Clerk Maxwell, 1870, Address to the Mathematical and Physical Sections of the British Association)

It was principally the great Max Planck who brought constants into play when he formulated his law on radiation:

“However, it should not be without interest to note that, with the aid of the two (…) constants a and b, it is possible to ascertain units for length, mass, time and temperature which, regardless of particular bodies and substances, with significance for all times and for all, apply even in unworldly and extrahuman cultures and which therefore may be described as 'natural measurement units'.”

In addition to its universal validity, the new SI brings about further, very practical benefits. By using different equations it is possible to derive not only the base units but all units directly from the defining constants. This is particularly significant for the electrical units volt and ohm which, as mentioned above, for many years were realized through quantum effects and have therefore basically been outside the SI. Now they have officially returned to the SI family. A prospective additional advantage for all units is that the new system is, in principle, open to technological innovations. Progress in metrology and new measurement techniques will make it possible to realize the units with even greater accuracy and without having to change the underlying definitions. In fact, their accuracy can be increased as far as quantum physics permits! And this applies to any order of magnitude of the units because the natural constants are valid over their entire numerical spectrum and – in contrast to the kilogram prototype or the triple point of water – are not pegged to selected points of the numerical scale.

Milestone in the history of mankind Overall, the revised system of units can be seen as a milestone in the millennia-long history of measuring and trading. It now comes very close to Max Planck’s ideal. Only the unit for time, the second, is still based on the properties of a specific atom, like Maxwell had envisaged, rather than the natural constants that Planck advocated. However, the definition of the second is by no means set in stone: we already have atomic clocks – devices based on atomic transitions as a sort of “pendulum” within an atom – that oscillate up to a hundred thousand times faster than the “pendulum” of the cesium clock, and thus achieve a one hundred times greater accuracy than today's second, namely to an impressive 18 decimal places.

The one remaining question is whether the natural constants are truly constant. What we know from experiments so far is that the fine-structure constant, which encompasses the elementary charge, the speed of light and Planck's constant, does not even vary in the 18th place after the decimal point over the course of a year. This is stable enough for all intents and purposes – even if theoreticians assume that the natural constants have indeed moved, albeit on the time scale of the universe’s age.

The revised SI has implications for science, business and people all over the world. As such it fulfills the promise of the Meter Convention given towards the end of the 19th century: “For all times, for all peoples.

Natural constants define the units in the revised SI

The new SI gives seven natural constants, the so-called “defining constants”, fixed values; their numerical values result from compensatory calculations of CODATA in the summer of 2017 [1].