Cell cultures in the third dimension

For chemicals and pharmaceutical products that are brought to the market, meaningful toxicological data needs to be ascertained. While, to the present day, animal experiments play a key role in this task, the challenge is to replace them with high-validity tests carried out in organoid cell culture systems. The Leipzig University Medical School and the company KET have cooperated to develop an innovative geometry for cell culture carrier systems, in which human stem cells are made to settle on a 3D silicone scaffold on which they behave in vitro just as they do in the human body.

Currently available cell culture systems possess the major drawback that, due to being two-dimensional, they cannot adequately mimic functioning organ systems because they lack the spatial dimension. In our body, cells grow in cell groups and organs that are three-dimensional, not flat. Liver cells, for example, rapidly lose their functional capabilities during conventional 2D cell culture. Acquiring information about the effects of substances to which the hepatic metabolism is subjected is hampered by the lack of stimuli coming from the natural in vivo environment [1, 2]. In three-dimensional cell cultures, physico-chemical and mechanical signals that the cells can perceive, such as the oxygen concentration or carrier material stiffness, also need consideration [3, 4].

All such requirements were taken into account by the research partnership between the Applied Molecular Hepatology group and KET GmbH. A range of experiments helped to develop a new silicone-based 3D cell culture scaffold that creates optimal growth conditions for cells outside the organism [5]. 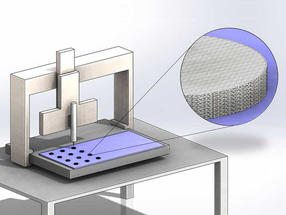 Fig. 1 3-D printing. Diagram of how a silicone scaffold is produced on a laboratory scale by a 3D printer

The first stage was to search for a suitable type of silicone. This material is very suitable due to its diversity of properties. Biocompatibility is, of course, a minimum requirement. However, many established suppliers offer a manifold rage of silicone products, so it is not difficult to obtain certificates of approval for medical devices to prove that negative effects of the silicone on the cells are avoided. For the selection of the material, it was also very important that the 3D printer is able to process and produce the fine structures with the use of KET's technology (see Fig. 1). Particularly the balancing act between elasticity and stability was a challenge in planning the processing step.

To devise the architecture of the culture system, it was necessary to get as close to the true biological scale as possible. The scaffold eventually developed was designed so that existing, standard well plates can provide the cells with a several times larger, effective functional surface for growth. At the same time, oxygen supply had to be enabled. No ineffective spaces were left, ensuring that the cells can carry out their normal metabolic reactions.

The advantages of the 3D cell culture technique

On the basis of protocols developed by the group [6], it is possible to isolate human mesenchymal stromal cells (MSC) from fatty tissue and to differentiate these on the silicon-based 3D structures for cell culture growth, as shown in Figure 2. The human MSC differentiated in a way that made them behave like organic cells within the body, with the cells populating the 3-D scaffold three-dimensionally by themselves. This enables them to react better to differentiation signals than in a conventional 2D culture. The liver cells derived from MSC on the 3D scaffold showed significantly better specific functions than those differentiated in a 2D culture, i.e. the liver-like cells were better able to synthesize the proteins that are normally synthesized in the liver. What was investigated were the cells’ urea synthesis rates, the cytochrome P450 enzyme activities and the synthesis of albumin. Bone differentiation was also better than in a 2D culture.

3D carrier systems can create optimal environmental conditions not only for the cultivation and expansion of adherent cells, but also the directed differentiation of stem cells and the optimization of cell functions. The process is so flexible that it allows cell type specific adaptations with regards to structural geometry, including strand thickness and pore size, to be carried out rapidly. This paves the way for a broad range of applications of the cell culture system and can increase the efficiency of cell biological experiments. In the future, the cell culture technique will allow predictions to be made about the feasibility of new developments in medicine and pharmaceuticals, be used for a wide range of applications and thus contribute to reducing the number of animal experiments.

The new cell culture technique will create synergies between science and industry that can be exploited by streamlining financial and personnel resources in the development of new methods in medicine and pharmaceuticals. This underlines the importance of the demonstrated groundbreaking R&D for science and medicine. It can also be assumed that this innovative field of research will provide new impetus for cell therapy approaches in regenerative medicine for the treatment of organ failure or tissue replacement.

Generating the outlined results was supported by funds from the State of Saxony and the European Regional Development Fund (ERDF).

Learn how modern deep learning-based approaches have the potential to reduce or replace fluorescence markers in live cell imaging. Use case included. (…)