Acrylic-based paints are among the most frequently used by artists. Although they can be produced on a water basis and with low levels of volatile substances, they often still possess a strong inherent smell. However, no targeted studies have as yet been conducted to identify odor-active substances in acrylic paints. Recent investigations by our research group show that some off-odors can be caused by potentially harmful substances.

Since their discovery, water-soluble acrylic polymers have become ever more popular. The worldwide production volume is expected to keep increasing at annual growth rates of about three percent, reaching 5,868 kilotons in 2023. In addition to their use in adhesives, plastics and other coatings, acrylic polymers are also used for recreational and artistic paints and colors. Because acrylic dispersions easily mix with water, it has been possible to replace the organic solvents in such products almost entirely by water. In addition to water, these paints contain an acrylic dispersion as a binding agent, inorganic or organic coloration pigments and a variety of other additives to improve the product properties.

However, despite the intention to produce odorless paints without solvents, consumers have complained about unpleasant smells and, as a consequence, possible health effects of these paints. To investigate this, we examined one black and one white acrylic paint each from three different manufacturers for their contained volatile and odor-active substances [1]. The analytical methods used are well-established in aroma and food research. In addition to instrumental analysis methods, human sensory methods were also included to identify the substances that are responsible for the overall smell.

Not all paints smell unpleasantly 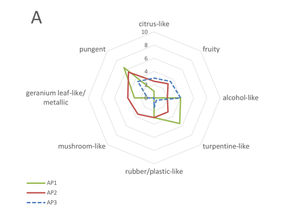 Fig. 1 A Comparison of the odor profiles of the white acrylic paints available from the manufacturers 1 to 3 (AP1-3)

The samples were initially subjected to descriptive sensory evaluations on two consecutive days by a trained panel. In a group discussion, the panel first defined attributes that best described their olfactory impressions. Then, in a second session, each panel member evaluated the perceived intensities of the agreed attributes on a scale from zero (no perception) to ten (very strong perception). This allowed the odors of different samples to be compared and the differences between the overall odors of the different products to be determined. It became clear that paints of the same manufacturer hardly differed in their odor profiles. In contrast, the paints of different manufacturers were judged to smell very differently by the trained panel members (Fig. 1). 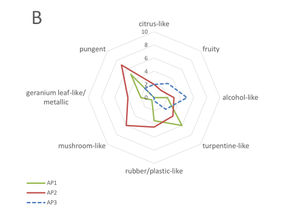 Fig. 1 B Comparison of the odor profiles of the black acrylic paints available from the manufacturers 1 to 3 (AP1-3)

This suggests that the odors of the tested products were not caused by the contained coloration pigments but by other constituents. Samples from the manufacturers 1 and 2 showed the highest agreement, mostly for negatively connoted attributes such as “pungent”, “rubber/plastic-like” or “turpentine-like”. The samples from manufacturer 3, on the other hand, were rated higher for the attributes “fruity”, “citrusy” and “alcoholic” and thus perceived more positively.

Identification of the responsible odor-active substances

To identify the substances responsible for the odors in the samples by instrumental analysis, it was possible to apply methods for this non-food analysis that are routinely used in aroma research to analyze foodstuff odors. Components of the samples with a potential of being responsible for the odors were first extracted with the help of a solvent and subsequently separated from non-volatile substances via solvent-assisted distillation in a high vacuum (SAFE) [2]. These steps are performed under very gentle conditions, so it is possible to minimize the risk of unstable odor-active compounds being broken down or new odor-active compounds being formed during processing. 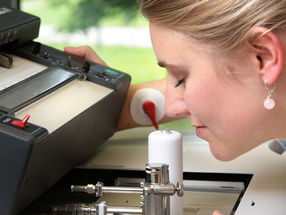 Fig. 2 Gas chromatograph with an olfactometry port (GC-O). Odor-active components can be detected and identified by staff that are specially trained in sensory analysis.

In the samples of manufacturers 1 and 2, alkylated benzene derivatives such as ethylbenzene, propylbenzene, styrene, isopropylbenzene or sec-butylbenzene were identified. These substances smell of solvents or gasoline and could thus be made responsible for the pungent rubbery/plastic or turpentine-like odors of the samples. These substances are known to possess possible negative effects on health [3]. The paints of manufacturer 1 also showed to contain naphthalene as well as alkylated naphthalene and indene derivatives, which contributed an added smell of mothballs or plastic, and are also potentially detrimental to health [4]. In addition, a significant number of odorless alkanes were identified in these samples, suggesting that the odor-active aromatic compounds entered the examined samples through organic solvents used in the production process.

In addition to the more pungent smelling substances, butyl acrylate, with its fungus-like smell, was detected as a monomer of the polymer dispersions of all samples. While this substance’s contribution to the overall smell of the products of manufacturers 1 and 3 was rather small, it was of substantially higher relevance for the samples of manufacturer 2. In these samples, 2-ethylhexyl acrylate was detected as a further acrylic monomer. This also contributed to the plastic-like odor of the sample.

Our research revealed that the acrylic paints of two of the three manufacturers contain substances that may be harmful to human health. What is needed now are further investigations into the concentration ranges of the identified substances in a broader range of products from different manufacturers. The aim is to create a better overview of the market in order to assess the extent to which acrylic paints are harmful to the health of their users. In particular, it must be elucidated to what extent users are exposed to the respective substances as a consequence of release processes taking place while applying the paints. Our investigations indicate that to lessen the unpleasant smells, the content of some substances must be reduced, above all acrylic monomers and benzene derivatives. Our research can be seen to be a starting point for developing suitable strategies to minimize the unwanted odorous emissions of acrylic paints and therefore, in all probability, to make working with such paints healthier.

Olfactometry describes the olfactory perception, i.e. the perception and measurement of odorous media with the help of the sense of smell. As a sensory measurement method, it uses the human nose as the detector. This method is used not only to evaluate and compare test materials with a conspicuous smell. It also plays a decisive role in identifying substances that cause unpleasant odors. Certain odor-active substances can influence the overall smell of test materials very strongly, even if contained in only small quantities that are difficult to detect with conventional analytical detectors. For this reason, olfactometry is one of the most potent tools in the analysis of odors.

Halogen moisture analysis is a fast and precise method. Learn about the operating principle, installation and methods. (…)