Animal poisons as a bioresource for new drugs

More than 200,000 animal species produce poison to defend themselves against predators or to kill their prey. These poisons are usually complex mixtures of different toxins that have been functionally optimized over the course of evolution. For this reason, animal poisons are also a valuable bioresource for new pharmaceutically active substances, and are thus being screened using modern “omics” methods.

Animal poisons as a bioresource

Of the more than 1.2 million known animal species, about 200,000 are considered poisonous, producing venom to defend themselves against predators or to kill their prey. These poisons can contain hundreds of different active ingredients, which in pure form are called toxins and are usually produced in venom glands. Conservative estimates suggest that as many as 20 million different molecules are produced in the venom glands of all poisonous animal species taken together. Although only about 16,000 of these have been studied in detail, 18 drugs based on the active ingredients of venomous animals have so far come onto the market, and more are in clinical trials. This shows that animal venoms are a hitherto poorly used bioresource for developing new drugs and thus for creating value. 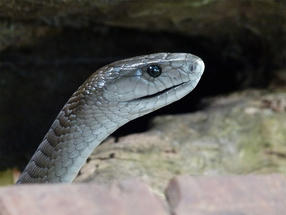 Most people will have seen on television how farmed venomous snakes are routinely "milked” for their venom. This involves collecting it from the snakes’ venomous fangs for analysis (Fig. 1). However, it is very costly to obtain pure toxins from such complex venom cocktails because they have to be extracted. While relatively large amounts of venom can be reaped from venomous snakes, this is more difficult for the vast majority of other venomous animals, since these are usually small and their venom glands tiny. Collecting venoms produced by, for example, spiders (Fig. 2) or scorpions is an inefficient strategy if the aim is to identify and recover the toxins they contain in pure form, because their venoms consist of a complex mixture of peptides and proteins. It is more purposeful to sequence the genome or the transcriptome of venom glands to identify the toxin-encoding genes by bioinformatics methods [1].

In the Bioresources Division of the Fraunhofer Institute for Molecular Biology and Applied Ecology in Giessen, a new department called “Animal Venomics” is being established to create value by developing animal toxins as a bioresource. State-of-the-art genomic, transcriptomic and proteomic (omics) methods will be used in combination with innovative bioinformatics tools to efficiently and specifically identify and characterize toxins produced in the venom glands of venomous animals. Selected candidate molecules can then be produced either synthetically (if smaller peptides) or recombinantly (if proteins) in suitable expression systems (e.g. insect cells or cell-free systems) to test them for their potential to treat human beings suffering from pathogens, tumor cells, pain or diabetes, but also to fight pest and vector insects, for example.

The overall objective of our project “Animal Venomics”, funded by the LOEWE Center for Translational Biodiversity Genomics (see Acknowledgement), is to establish a drug discovery platform in which the genomes of venomous animals and the transcriptomes of their venom glands are harnessed as an innovative basis for finding new active substances using bioinformatics methods.

Not only the pharmaceutical industry is interested in animal venomics; companies active in crop protection are constantly looking for new molecules that can be used to develop innovative insecticides, for example. Animals that use poison to kill their prey insects are quite likely to contain such molecules. Scorpions, for example, have optimized their venom cocktail of over millions of years to kill their prey insects with the smallest possible amounts. Inspired by this observation, we discovered peptides in scorpions from Australia that can kill aphids using a previously unknown mechanism of action [2] (Fig. 3). The intention is not necessarily to commercialize these peptides as new insecticides, but rather to use these toxins to identify their target molecules in insects of prey to develop insecticides with new mechanisms of action. 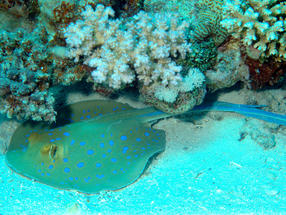 Fig. 4 Bluespotted ribbontail ray with a poison sting on its tail

Certain groups of venomous animals are already intensively studied. Others have been neglected [3], and these are the ones we are particularly interested in. In a recent PhD thesis, the toxins from the venom glands of stingrays were systematically analyzed. Evolution has optimized such venom cocktails with respect to their function. The toxins of stingrays serve as a defense against predators and are injected into these by means of a barbed stinger on the tail (Fig. 4) – the prominent Australian wildlife filmmaker Steve Irwin was killed by a sting into his heart while filming was ongoing. The systematic analysis of toxins in the venom glands of stingrays is of great interest to the pharmaceutical industry.

The most widely known venomous animals live in the tropical regions of the earth. However, research into the therapeutic potential of their active substances is hampered by the Nagoya Protocol, which is intended to counteract so-called biopiracy. Against this background, the “Animal Venomics” project is focusing on indigenous venomous animals. In 2020, analyses of the poison of the native wasp spider Argiope bruennichi [4] (Fig. 5) and of the ichneumon wasp Pimpla turionellae were published [5]. The venom of the wasp spider is less complex than that of other spider species and it contains cysteine-rich secretory proteins as well as a new group of small toxins with similarities to neurotransmitters. The ichneumon wasp is a parasitoid, an insect that lays its eggs into other host insects. When the larvae hatch, they eat, for example, butterfly caterpillars from the inside. Along with their eggs, parasitoids inject a poison cocktail into their host insects that protects the eggs from the host’s immune defenses without killing the host. The function of most of the toxins is still unknown. Currently the department is investigating the toxic secretion of the native fire salamander [6].

The project “Animal Venomics” (Professor Dr. Andreas Vilcinskas, Head of the Fraunhofer IME-BR institute currently being established, and Head of the Department of Insect Biotechnology at the Justus Liebig University Giessen, and his team) is funded by the LOEWE Center for Translational Biodiversity Genomics, which is funded by the Hessian Ministry of Science and Art under the auspices of the Senckenberg Society for Nature Research (https://tbg.senckenberg.de/tbg-projekt-andreas-vilcinskas-und-team/).

The LOEWE Center for Translational Biodiversity Genomics (LOEWE-TBG) is dedicated to researching the genomic basis of biodiversity. Biodiversity research, which has become ever more important, has so far been predominantly organismic and ecological in its approach. Major technical and methodological advances now allow biodiversity research to be more genomic and thus more application-driven. LOEWE-TBG aims to combine the fundamental research of a broad range of organisms’ genomes with developing viable services and products. Accordingly, the core focus of LOEWE-TBG is to make genomic diversity, as the base level of biodiversity, accessible and usable for basic and applied research. The first funding phase of the research network, under the auspices of the Senckenberg Society for Nature Research, has had 17.6 million euros approved for the years 2018 to 2021. The Animal Venomics project, headed by Professor Dr. Andreas Vilcinskas, is included in this funding. It combines various “omics” technologies with innovative bioinformatics methods of analysis to help use the genome of venomous animals or the transcriptome of their venom glands as a platform for the targeted identification of peptides and proteins. Selected toxins are synthesized or produced as recombinant variants to test for their therapeutic potential in medicine or applications in crop protection.

With over a million documented species, insects are the most successful group of organisms from the perspective of biodiversity. In the course of their evolution, they have developed a (…)