The aim of personalized medicine (or precision medicine) is to take patients’ personal features into consideration as much as possible for their medical treatment, thereby going beyond the functional diagnosis of the disease. To do so, patients’ predispositions to a disease are determined, taking into account phenotypes and genotypes, diagnostic imaging and information about their lifestyles, to tailor preventive measures and targeted, optimized therapies. A promising concept that is gaining ever more attention and showing potential for both personalized medicine and pharmaceutical research is “organ-on-a-chip” technology.

Although personalized medicine has led patients suffering from various ailments onto a better course of recovery and thus much improved the quality and duration of their lives, the success rate has nevertheless remained far below earlier expectations. One reason is the leveling effect of the statistical averages on which drug efficacy predictions are based. While detecting appropriate biomarkers, such as mutations in the genome, proteins, peptides and metabolites in blood and tissue samples, may help to categorize a patient as a member of a specific group for which a sound therapeutic solution is readily available, such approaches are nevertheless based on population averages. Identifying one or more biomarkers does not usually reveal the cause of a disease or make it possible to assess the efficacy of a drug adequately.

It is well known that the outbreak and progression of a disease can depend not only on one’s genetic makeup, but is also influenced by social and cultural factors – in short, one’s lifestyle. Looking beyond genetic causes, researchers have thus begun to study human cells isolated from patients to test their efficacy, tolerance and resistance towards medication strategies. Today’s rapid technological progress in handling living cells has made it possible to specifically study single-cell and multicellular systems as well as three-dimensional cell architectures resembling human tissue structures in a set-up of credit card dimensions. In particular three-dimensional cell culture systems, such as the so-called organoids – organ-like microstructures, have become increasingly important in personalized medicine. 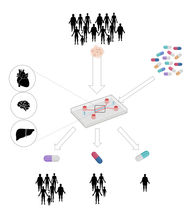 Fig. 1 Concept for personalized medicine based on an organ-on-a-chip (Biorender)

Creating miniaturized tissue and disease models as organ-on-a-chip systems can help in basic research as well as reduce the dependence of the pharmaceutical industry on animal testing. However, it is particularly promising for personalized medicine [1]. The huge potential of this technology has already been recognized by the “Council on Emerging Technologies” of the World Economic Forum, which presented organ-on-a-chip systems as one of the top 10 “Emerging Technologies” in 2016. While these miniature organ models represent only the smallest functional unit of one or more organs (sized perhaps only one hundred-thousandth of, for example, a liver), there nevertheless already exists a body of scientific evidence to suggest that these chip-based human tissue models improve the predictability of unwanted side effects of drugs [2, 3]. Another major advantage of these microtissues is that personalized disease models can not only take complex genetics into account but also patient age, gender and ethnicity. The emergence of induced pluripotent stem cell technology, or iPS cell technology [4] – the 2012 Nobel Prize in Medicine was awarded for the discovery that mature cells can be reprogrammed to become pluripotent stem cells – has opened new horizons in cell-based precision medicine, as a number of complex multifactorial diseases can now be studied using human cells. This technology has made it possible to isolate easily accessible adult cells, such as skin cells, from healthy individuals or patients, reprogram them into an embryonic-like (pluripotent) state based on the iPS method, and subsequently differentiate them into a wide variety of different cell types, such as hard-to-reach neurons, each carrying the genetic characteristics of the respective individual. These “patients-on-chip”, chip-based tissue structures, could make it much easier to identify the most effective drugs for many diseases, including cancer, neurological and cognitive disorders or cardiovascular and (auto)immune diseases (see Fig. 1). 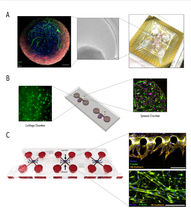 Fig. 2 Images of organ-on-a-chip devices to study (A) neurodegenerative processes in Parkinson's disease (“midbrain-on-a-chip”); (B) inflammatory processes in the course of rheumatoid arthritis (“joint-on-a-chip”); and (C) the exchange of fluids

The concept of organ-on-a-chip technology is based on emulating microphysiological conditions, for example by regulating nutrient supply or by creating concentration gradients or biomechanical parameters that recreate a 3D environment for organ-like cell tissue on the biochip [2]. By precisely imitating the physiological conditions of the organ to be modeled, similar responses can be elicited in the grown tissue as in the body’s organ. This makes it possible to investigate the conditions under which a disease breaks out and progresses, and how it can be suppressed. Initial research has not only shown that potential side effects of new drugs can be predicted better than in animal models, but also demonstrated the suitability of organ-on-a-chip systems for optimizing medication strategies [5, 6]. The Cell Chip Group of Professor Peter Ertl at the Faculty of Technical Chemistry of TU Wien (Vienna University of Technology) is currently developing a number of human disease models. Its focus of research is on establishing chip-based organ systems for which no valid animal models are available. Three different chip-based disease models are being worked on: (1) for Parkinson's disease (“Midbrain-on-a-chip”) to investigate the neurodegenerative disease of the cerebral nervous system, (2) for arthritis (“Joint-on-a-chip”) to study chronic diseases of joints, and (3) for the vascular and lymphatic interface and its involvement in pathological aberrations, including metastases ("Lymphatics-on-a-chip") (see Fig. 2).

For want of disease-modifying and neuroprotective therapeutics, treating Parkinson's disease is to this day limited to symptom suppression. The lack of new medication strategies, evidenced by the high failure rates in clinical trials, is partly due to the inability of existing disease models to adequately represent the degenerative progression of the disease. The inadequacy of animal-based models to emulate Parkinson's disease in humans highlights not only how inefficient they generally are for studying human diseases, but also that there is a need to develop new strategies that can provide greater explanatory power for human beings. This is why for several years the Cell Chip Group has been working closely with the research group of Professor Jens Schwamborn (University of Luxembourg) to develop a more useful alternative multisensory microfluidic cultivation method for iPS-based midbrain organoids (“Midbrain-on-a-Chip”) to study Parkinson's disease. The disease is known to be associated with damage to an area of the mid brain and a resulting lack of dopamine.

The iPS method enables to produce human brain organoids (so-called cerebral organoids) with defined brain sections such as the midbrain and thus develop human disease models [7, 8]. These midbrain organoids are grown from reprogrammed adult cells (iPS cells) taken from healthy and diseased individuals in three-dimensional cell assemblies to study individual changes associated with the development of Parkinson's disease. The microfluidic platform favors dynamic cultivation, allowing organoids to be grown longer than the up to 70 days required for maturation without loss of viability. It has been demonstrated that dynamic cultivation results in considerably less of the so-called “dead core” phenomenon, which is caused by insufficient nutrient supply and is one of the most significant limitations of organoid technology. Furthermore, it has been shown that midbrain organoids generated under dynamic conditions not only exhibit characteristic features of the midbrain – (i) the presence and physiological arrangement of typical tissue cells, such as the dopamine-producing neurons affected by Parkinson's disease, (ii) spontaneous electrophysiological activity and (iii) production of the midbrain-specific pigment neuromelanin – but do so to a greater extent than their counterparts cultured under standard conditions. To be able to draw time-resolved conclusions about the viability and growth of the miniaturized midbrain construct, an optical oxygen sensor was integrated into the microfluidic system [9]. Furthermore, to enable multisensory investigation of the organoids within the microfluidic platform, both an electrochemical dopamine sensor and a multi-electrode array for time-resolved monitoring of spontaneous electrophysiological activity were developed. The function of the dopamine microsensor, which is based on redox cycling, is not only to monitor the midbrain organoid’s secretion of the neurotransmitter over time, but also to simultaneously record disease-specific phenotypes caused by the diminishing number of dopaminergic neurons that leads to less dopamine secretion [10]. Time-resolved, multisensory examination of midbrain organoids cultured in the platform has revealed clear phenotypic differences between healthy organoids and ones afflicted with Parkinson's disease. After treatment of the organoids with a potential drug candidate, initial phenotypic rescue effects could be demonstrated. The preliminary work already performed and the great potential of this new personalized Parkinson's platform as an alternative disease model for drug screening was the reason for being awarded the 3rd place Houska Prize for applied research in 2020.

“Joint-on-a-chip”: a new chip-based in vitro model of a joint

To replace an existing personalized disease model, the Cell Chip Group is working to create a joint-on-a-chip model. This model of a joint capsule is being developed in close cooperation with traumatologists at the Medical University of Vienna and should provide deeper insights into the degenerative processes caused by rheumatism and osteoarthritis in individuals. Usually such studies are performed in large animal models such as sheep, pigs or dogs, to imitate the force effects on the human joint as closely as possible. In contrast to these models, the newly designed chip-based in vitro joint model uses human cells from the “waste material” that is regularly left over after a medical intervention. This not only increases the relevance of the model for human medicine, but also drastically diminishes any ethical concerns. Human cartilage cells, synovial fibroblasts from the joint capsule as well as immune cells are introduced into a microfluidic chip and subsequently cultured. Since the immune cell composition can vary greatly from patient to patient and thus impact medication effects in different ways, this must be addressed in any personalized medicine application. To further strengthen the informational value of this personalized model and yield physiological response profiles, work is underway on different strategies that would allow the joint-on-chip to be subjected to mechanical stress like in the environment of a person’s real joint [11, 12].

Another advantage of microchip technology is that it allows essential physiological parameters to be controlled and manipulated, for example oxygen, nutrient and API gradients or interstitial flow profiles. Such technological advantages are currently being used to develop a microfluidic system to help study the interactions between blood capillaries and lymphatic vessels in greater detail. This system could serve as a tool to systematically analyze the role of the lymphatic system in the development of cancer metastases, and to study lymphedema [13, 14].

Despite the immense potential of organ-on-a-chip technology, its further development faces a variety of technological challenges. These include the automation, miniaturization and integration into existing industrial processes and procedures, as well as the standardization for applications in biomedicine and personalized medicine. However, a recent panel discussion organized by the EU with experts in this field has raised hopes that personalized organ-on-a-chip technologies will find their way into medicine in the not too distant future.