Dandelions as a new source of natural rubber

More than 12,500 plants produce latex, a colorless to white milky sap that contains, among other things, natural rubber. However, this industrially indispensable raw material is found in only three plants in a quality required to produce high-performance rubber products such as car tires. The increasing worldwide demand for natural rubber urgently calls for alternative raw material sources.

The present demand for natural rubber is higher than ever. Around 13 million tons are processed into all kinds of products each year [1], with 70 percent going to the tire industry. Hence it is no surprise that the EU recently declared natural rubber to be one of the most important strategic raw materials for the industrial world [2]. It is still obtained almost exclusively from the para rubber tree Hevea brasiliensis, which is native to Brazil. However, its cultivation areas have shifted over the course of time. While Brazil held the monopoly in the 19th century, it is now mainly large plantations in Thailand, Indonesia and Vietnam that produce around 73 percent of the world's natural rubber. Although it has been possible to continuously increase the production of natural rubber, this development is highly questionable from a health and ecology perspective. Particularly in Thailand and Indonesia, peasant farmers work under often unacceptable conditions on large plantations, for which valuable tropical forest is cleared. The rubber tree is mostly cultivated in monocultures with significant use of pesticides, which pollutes the natural environment. The acids to solidify the sap also endanger local environments. As countries such as China and India become more industrialized, the need for personal mobility increases, and thus the demand for tires. According to experts' forecasts, we will see an economic bottleneck in the availability of natural rubber by the 2030s at the latest. For all these reasons, it is essential to develop ecologically and socially sound, alternative sources of affordable natural rubber. Only in this way can we keep providing the personal mobility that our economies and societies need in the long term.

The Russian dandelion on its way to industrial use

Economic contestation over natural rubber is as old as tires themselves. At the end of the 19th century, most plantations for the leading supplier of natural rubber were located in Brazil, with smaller ones in Africa. Even then, people were aware of the economic importance of this raw material: exporting the seeds of the rubber tree (Hevea brasiliensis) was punishable by death in Brazil. Nevertheless, one day the Englishman Sir Henry Wickham managed to smuggle around 90,000 seeds out of the country. This led to cheaper plantations in Asia – the beginning of the end of the Brazilian monopoly.

Two world wars meant that access to important rubber plantations was temporarily blocked. The 20th century saw the beginning of a worldwide quest for locally obtainable sources of rubber. Sweden, the USA, China, Russia, Germany – many nations experimented with all sorts of milky sap plants. One achievement was the discovery of the Russian dandelion (Taraxacum koksaghyz), into which research was intensified in Germany and elsewhere. However, it was never possible to obtain sufficient quantities of natural rubber for industrial use. And so the Russian dandelion as a source of rubber soon fell into oblivion. 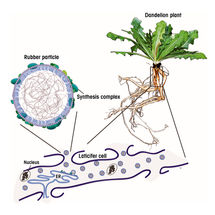 Fig. 1 Schematic representation of rubber biosynthesis. The production of natural rubber takes place on rubber particles in the laticifer cells of the root.

Some 80 years after the first worldwide attempts, we have now succeeded for the first time in using home-grown Russian dandelions to produce the natural rubber that is so indispensable for the manufacture of tires on an industrial scale. We can extract it mechanically and use it to produce tires that are more sustainable, better and safer than anything on the market to date. An interdisciplinary approach has made this possible: knowledge-based plant breeding first increased the yield of the plants. Earlier attempts to obtain rubber from the Russian dandelion had been based on the wild plant and were only moderately successful, resulting in poor raw material yields of no more than 2 % of the root’s dry mass and in poor growth characteristics. Our approach was different: the relationship analyses we performed in the beginning revealed that the plants available on the market were not purebred. When, after a long search, we obtained a purebred Russian dandelion specimen, we analyzed the entire biosynthesis of rubber (see Fig. 1) by functional genomic analysis. This process identified previously unknown key enzymes of the metabolic pathway, in which a receptor-like component plays a superordinate role [3-10].

Plants were then bred specifically for the presence and the activity of these genes. These indicators were used as markers. As a result, we were able to significantly increase the yield of natural rubber within just a few years – on average to 15 percent of the root’s dry matter. This level allows us to produce around one metric ton of natural rubber per hectare of cultivated land, the same amount that can be harvested from the rubber tree. Another key objective was to develop an economical cultivation and harvesting process. We initially worked with agricultural specialists to determine the optimal parameters for sowing and cultivation, in particular soil quality, seed rate, time of sowing, weed management, fertilization and how to deal with pathogens. This allowed us to, for example, increase the seed germination rate to over 80 percent through selection and refinement. A weed control strategy was also developed, as well as a new module for existing harvesters that makes mechanical harvesting of the roots economically viable for the first time. 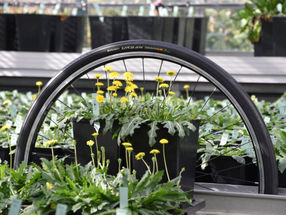 Fig. 2 The natural rubber extracted from the Russian dandelion has been used since 2019 to mass-produce Continental's “Urban Taraxagum” bicycle tire.

The current practice of extracting natural rubber from the rubber tree involves coagulating the lactic sap (latex). However, the raw material from the Russian dandelion can only be obtained in its solid form. The roots are finely ground in an aqueous process using a special ball mill, as employed in the cement industry. This makes the rubber particles float on the water surface, from where they can easily be skimmed off. The subsequent analysis of the raw material revealed excellent physicochemical properties: a high molecular weight and high elasticity, both of which are decisive quality features for manufacturing rubber products.

Subsequent performance tests with tires made from dandelion rubber revealed a similar property profile to that of conventional natural rubber. These positive developments led the tire manufacturer Continental Reifen GmbH Deutschland to open the first industrial research laboratory for natural rubber from Russian dandelion in Anklam, Germany, in 2018. A year later, the Urban Taraxagum® bicycle tire became the first product made from dandelion rubber to be launched on the market (Fig. 2).